UPDATE: According to police, the Medical Examiner has determined the deceased man died as a result of a medical condition. Police plan to release the man’s name once DNA testing is complete.

Newport News, Va. - The badly decomposed body of a white male was found in a shed on Friday morning in Newport News.

The shed sits behind a house on 36th street just a few houses down from where Darren Turner lives.

"It's been empty for quite some time. I mean you'll see an older gentleman coming in and out like usually early in the morning or real late at night," says Turner.

Turner thinks the man was homeless because he saw him climb through the window a few times.

A sign on the front door shows the house has been condemned since February and a large pile of clothes was right in front of the shed where police found the body.

"She fed him when he was hungry, helped him out every way she could,” says Tike Panags, a family friend.

Tike Panags says he's friends with the family of the man who stayed in the house and that the man often stopped by his mom's restaurant on 35th Street.

Police have not identified the body yet, but Panags tells NewsChannel 3 the man's sister called him the other day saying her brother had been missing since last Thursday.

He says she then asked him to go check on him.

“I came here yesterday about 3 o'clock and I knocked on the door, and I saw the window was broken over there and then I saw the condemned sign and no sign of him,” says Panags.

Police and forensics teams cleared the scene a little after 10 a.m. Police say the DNA tests will need to be done to identify the body because of how badly it was decomposed. 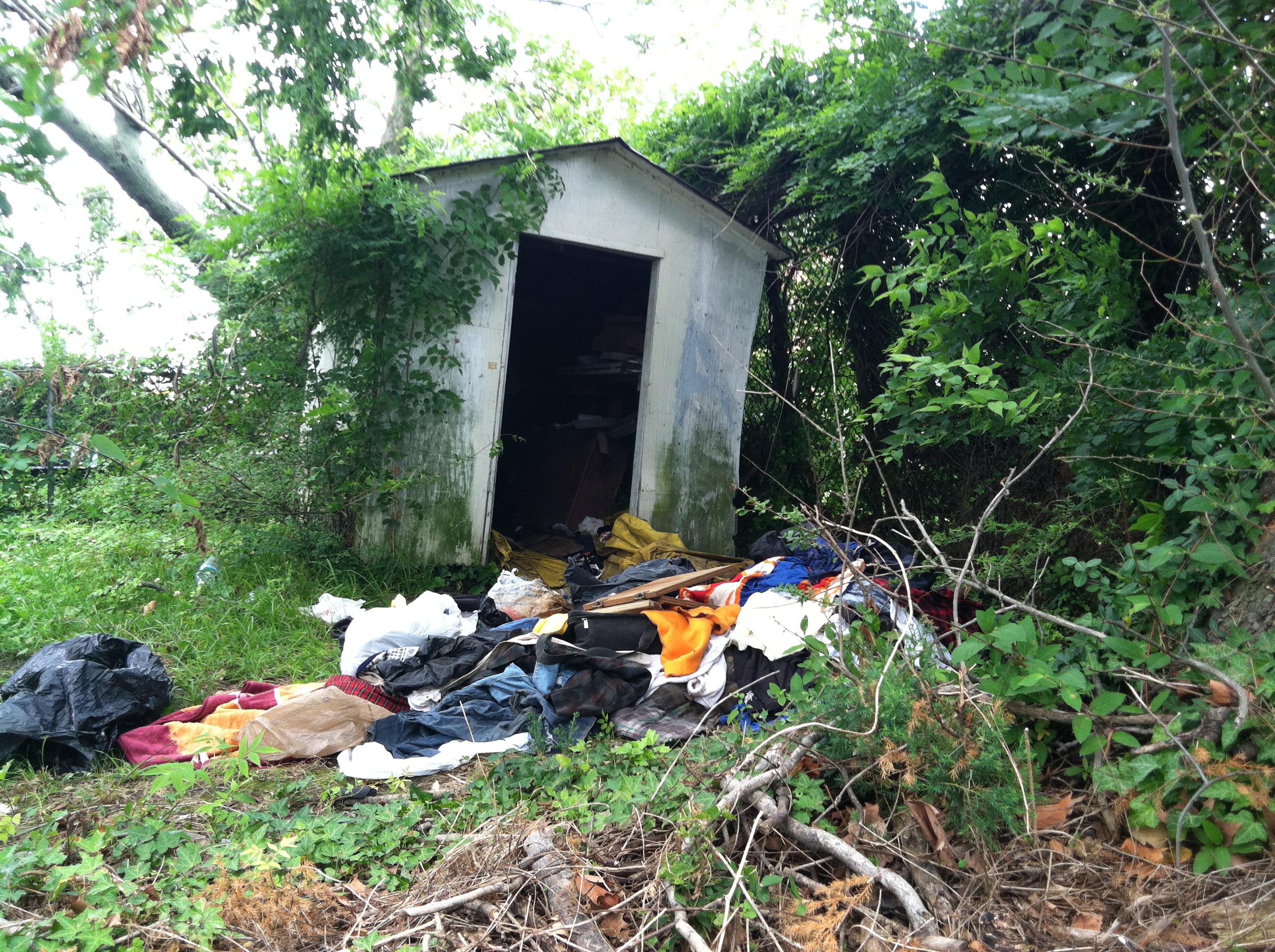