Woman proposes to boyfriend of 13 years at Harborfest 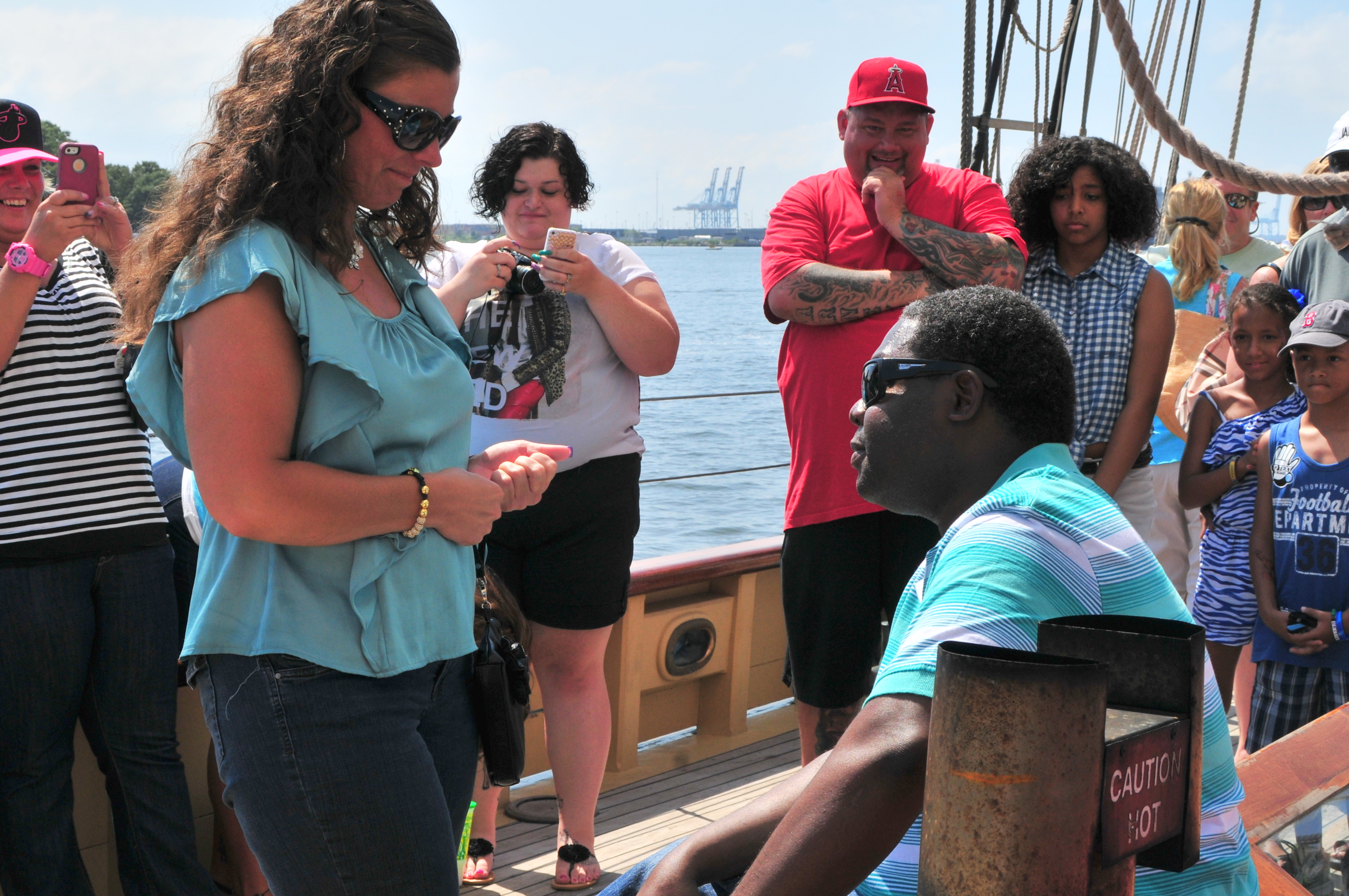 Norfolk, Va. – Even Mother Nature couldn’t stand in the way of true love at Harborfest on Saturday.  Angelia Caine proposed to her boyfriend of 13 years, Alvin “Ap” Perry, aboard the Schooner Virginia.

Caine was the winner of Festevents’ marriage proposal contest. She is the Credit Manager at IT Flooring Company in Chesapeake and Perry is a Senior System Administrator at Lockheed Martin Global Training and Logistics. The couple has four children between them, Keanu, Shayna, Kobe and Amaia.

The proposal was originally scheduled to happen on the Interactive Waterfall Swing, but due to weather concerns Norfolk Festevents quickly moved the romantic event to the ship.

Although fully prepared to let the technology of the interactive swing spell out her proposal in water, Caine remained undaunted by the change of venue and read a poem to Perry on the ship in front of family and friends before presenting him with an engagement ring.

“Ap is an amazing father, my very best friend and I still feel like time stops when I’m around him. I am truly blessed to have had this opportunity” Caine said.