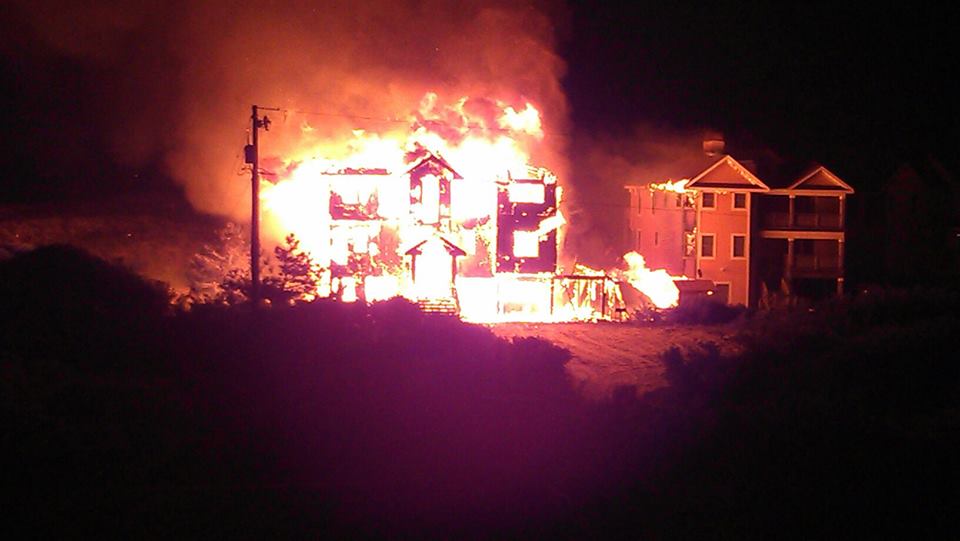 Outer Banks, NC – Two homes in Carova were destroyed by fire and a third was threatened early Sunday morning.

Fire units from Corova Beach, Corolla, Duck and Currituck responded to the area of Mile Post 22 around 4:45am to find heavy smoke and fire coming from the two homes.

One of the homes was occupied at the time of the fire and everyone made it out safely.

The third home that was threatened was occupied as well. Everyone inside that home was evacuated.

No injuries were reported and the cause of the fire is under investigation.