The end of an era: The USS Enterprise takes its final voyage 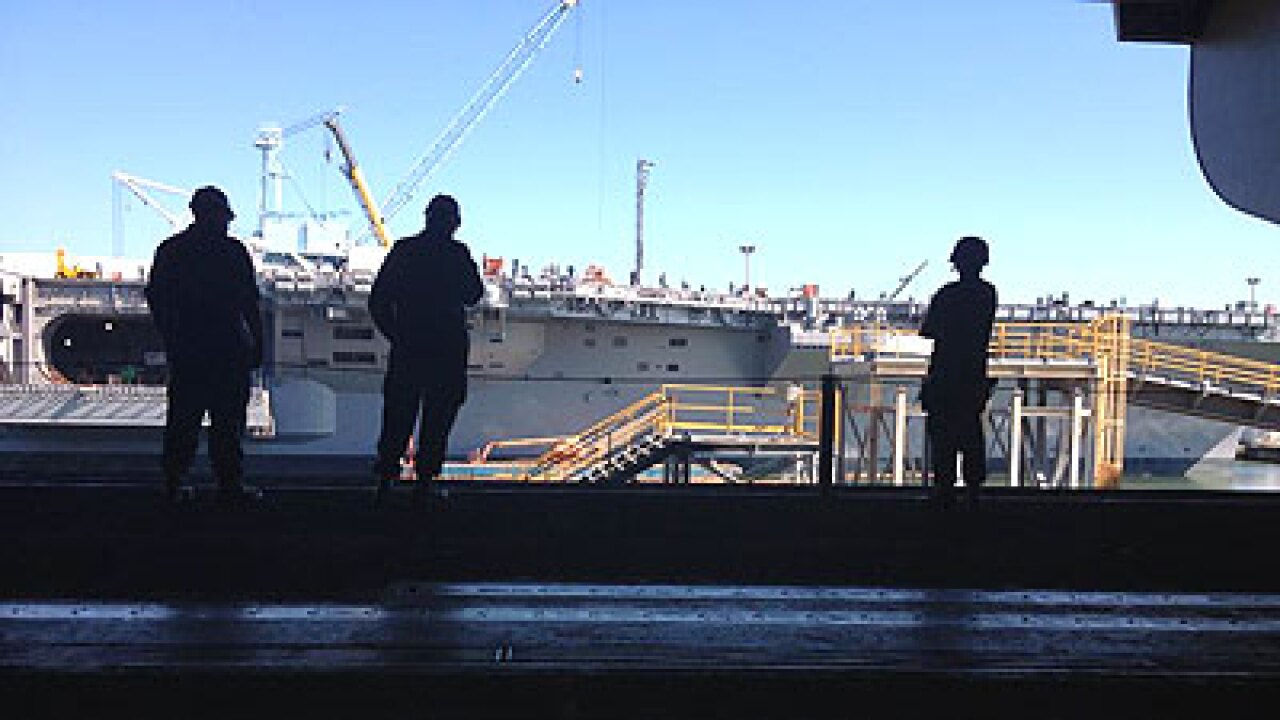 Norfolk, Va. - After 51 years of service, the USS Enterprise headed to Newport News Shipbuilding for the final time this morning. NewsChannel 3's Todd Corillo was the only television reporter onboard for the trip.

Once at the shipyard the ship's nuclear fuel will be removed from its eight nuclear reactors.

The move will mark the final voyage for the ship before the formal decommissioning, which will take place once the defueling process at Newport News Shipbuilding is complete.

She is expected to stay in Newport News until 2016 when she will be towed to Puget Sound in Washington to be scrapped.

Nearly 150 shipyard workers were present for the move as a last tribute to a vessel that many of the workers had a role in building.

A veteran of 25 deployments to the Mediterranean Sea, Pacific Ocean, and the Middle East, Enterprise has served in nearly every major conflict to take place during her history.

From the Cuban Missile Crisis in 1962, to six deployments in support of the Vietnam conflict, through the Cold War and the Gulf Wars, Enterprise was there. On September 11, 2001, Enterprise aborted her transit home from a long deployment after the terrorist attacks, and steamed overnight to the North Arabian Sea. Big 'E' once again took her place in history when she launched the first strikes in direct support of Operation Enduring Freedom. She completed her final deployment November 4, 2012.

Enterprise was inactivated December 1, 2012, following a week of tours for shipyard workers, veterans, families and friends. During the ceremony, the Secretary of the Navy announced that CVN-80 will be named USS Enterprise.