Newport News, Va. – It has been almost a week since a woman died after she was hit by a truck at the intersection of Warwick Boulevard and Hilltop Road.

The driver of the truck took off, but police have not made any arrests and say they need the public’s help.

Marcella Spain, 54, was a sister, daughter, wife, and mother of five. Spain did not even make it to the hospital before she died Sunday after being hit by a truck around 9 p.m. right outside the entrance to her apartment complex.

“I instantly just burst into tears, it is just the saddest thing that I've heard,” said Laura Stuart, Spain’s neighbor.

The day after the accident police say the owner of the truck that hit Spain had his lawyer call to turn the truck in.

“Merely owning the vehicle that was involved is not 100 percent that he was the one driving it. There is common sense and then there is what we can prove, and we do not want to mishandle the case and have the family not have justice,” said Master Police Officer DJ Pointer.

Police are asking anyone who saw or spoke to the driver of the truck around the time of the accident to give them a call.

“I mean that person needs to be caught, like I said she was the most loving person that you could ever meet, she deserves justice,” said Stuart. 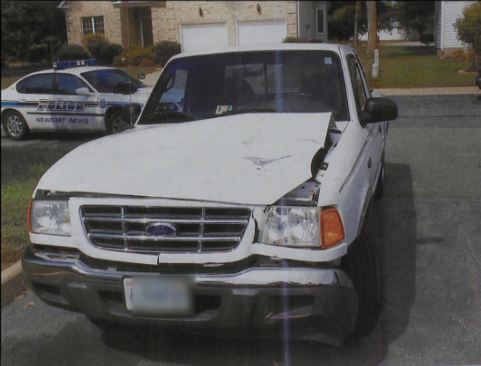