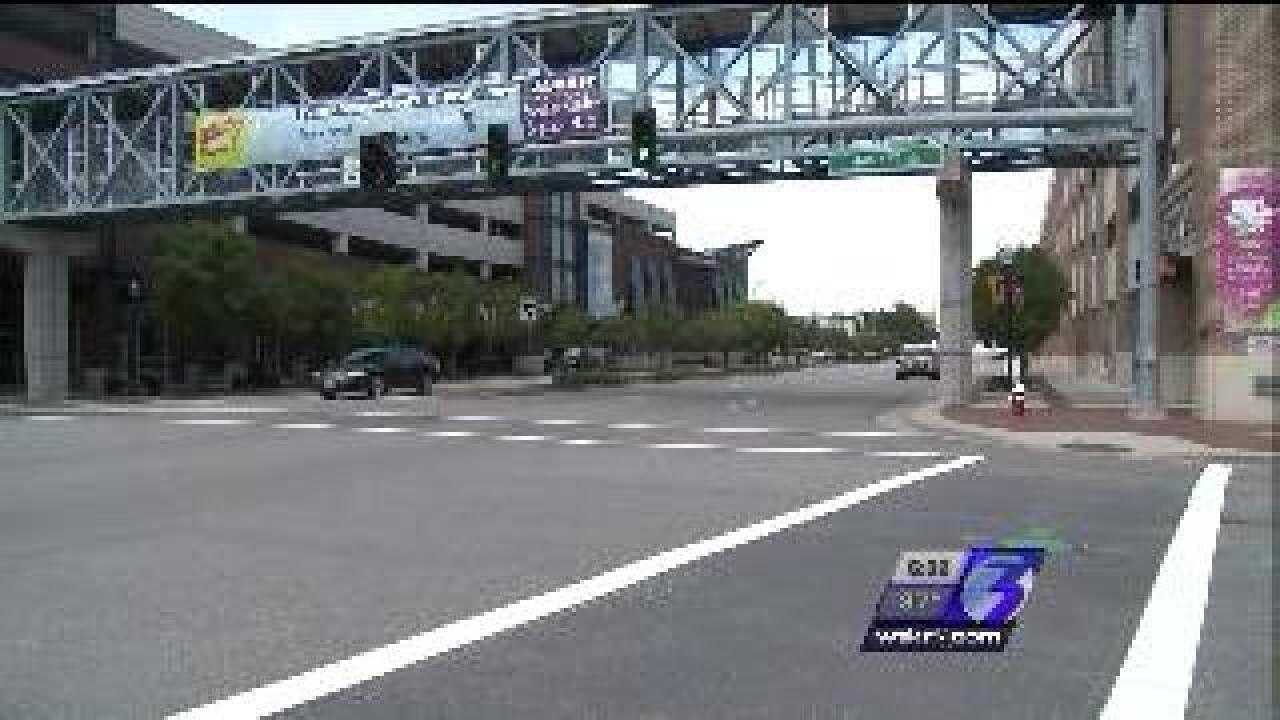 Update: The man who died in the Town Center shooting in Virginia Beach over the weekend has been identified as 25-year-old Rashawn R. Dukes of North Chesterfield, Virginia.

Virginia Beach, Va. – One person was killed and four others wounded in an early morning shooting in Town Center near Dick’s Sporting Goods and Guadalajara.

Officers responded to a call of multiple gunshots at 1:31 a.m. and found two victims at the scene, one of whom died.

A short time later, dispatchers were advised by a local hospital that three additional victims had showed up on their own complaining of gunshot wounds.

Christopher Wells lives in Town Center and said he saw around seven police cars on Columbus Street after the shooting.

“I've been in bed on the verge of going to sleep and been awaken by gunshots, several times, so you know it happens all the time,” said Wells.

People who work nearby told Newschannel 3 the shooting happened in the stairwell leading into the parking garage.

Police have not released the names of anyone involved in the shooting and they do not know what happened before the guns were pulled out.