In September of 1996, archaeologists discovered human skeletal remains under an old roadbed about 100 yards from the colony church tower.

The remains were given the identifying tag of “JR102C,” and have been casually referred to as “JR.”

Tests revealed the remains to be that of a 19-year-old man who may have been a European immigrant living in colony for several years prior to his death.

According to the Jamestown Rediscovery Project, the man was buried in a coffin, which suggests he had a gentleman’s status. The bones of the right leg were found twisted and broken below the knee, with a lead musket ball and a smaller lead shot found on and within the bone.

Researchers believe the wound was the cause of death.

However, the true identity of the colonist remained unknown.

William Kelso, Director of Archaeological Research and Interpretation for the Jamestown Rediscovery Project, says new research points to a duel that took place in 1624 between George Harrison and Richard Stephens.

Harrison was shot and they believe his remains may be the mystery colonist.

"This wound shows that the person was killed by getting hit in the side of the knee. So in a duel, you stand sideways and this would come through like that," he says.

Kelso says “JR” may be the oldest forensic evidence of an unsolved murder in Colonial America but there are still questions to be answered despite their theories.

One doubt is due to the type of bullet.

"That's a combat round. It's almost like a shotgun but it also has a main bullet. So you wouldn't think unless somebody was cheating in the duel that they would have that kind of a load," Kelso says. 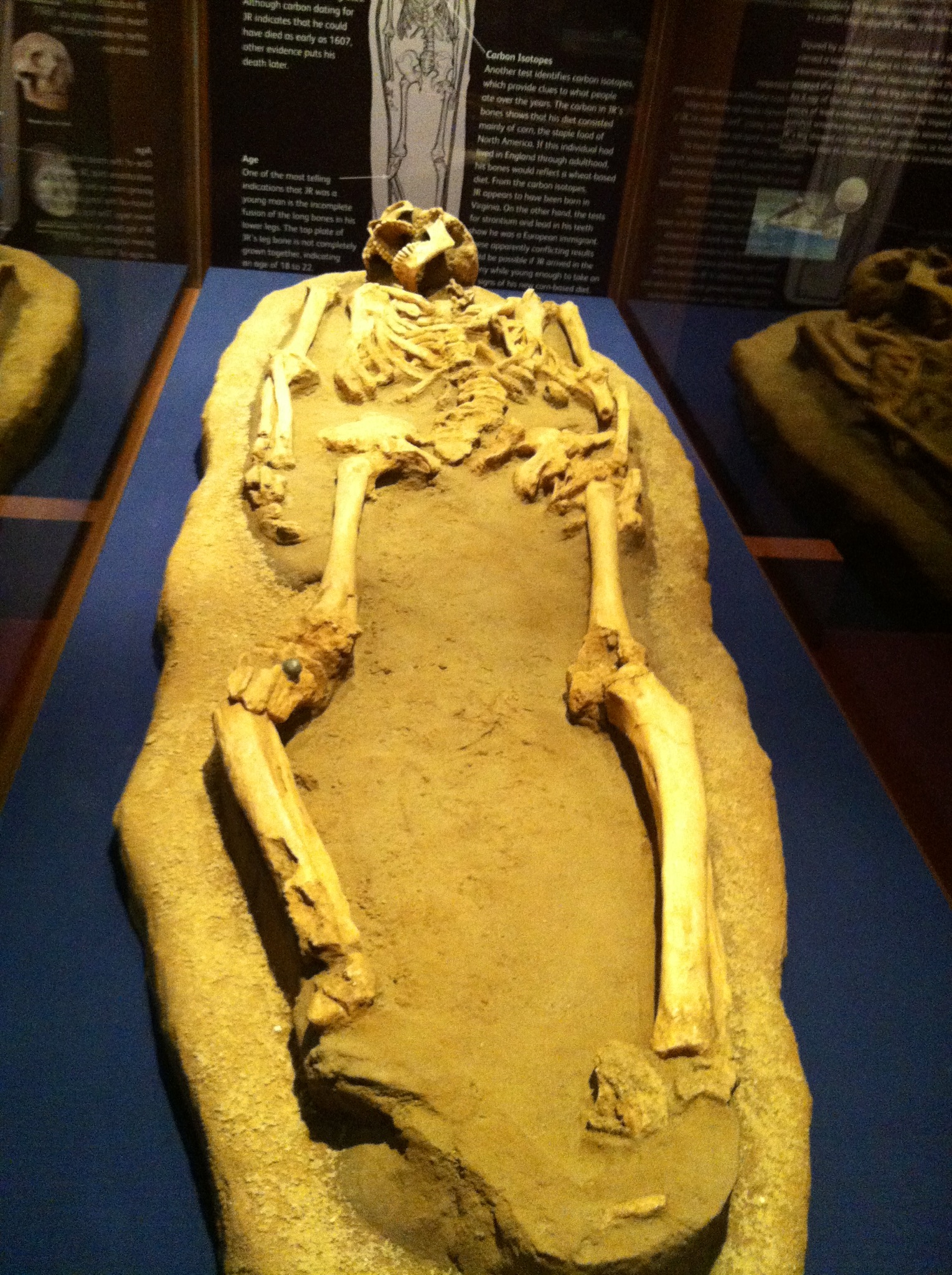