Jamestown, Va. - Archaeologists in Jamestown have uncovered what they believe to be the first full skeletal remains of a horse found at Historic Jamestown.

The remains were found last week while they were searching for an extension of the Jamestown fort wall.

The horse was buried just yards from the church tower in a shallow ditch along with several other artifacts.

"We didn't know where it would come through exactly so we did, in 10-ft. increments; we opened up this area down to the natural clay level. Then, here, we started finding these bones," explains Dr. Bill Kelso, Dir. of Archaeological Research and Interpretation for Jamestown Rediscovery.

Based on the different artifacts found in the same burial, researchers say the horse is likely from a Colonial period during the late 17th century or early 18th century.

Previously, butchered horse remains have been found at the Jamestown site, which are speculated to have been eaten during the “starving time” of 1609-1610.

However, this is the first time fully-intact remains of a horse have been found.

Dr. Kelso says he and his team still have a lot of work to do preserving the old, deteriorating bones carefully removing each one from the ground to take to a lab for further testing. But, for visitors lucky enough to catch a glimpse of them still intact, they’re enjoying the history lesson.

"Just looking at it tells about their way of life, how they lived. That was their automobiles," says Brian Ross.

"We're just having a real moment here of almost feeling like your back in that time 29:38 we can visualize it and feel it,” describes Faye Ross who traveled from Louisiana to visit Historic Jamestown. 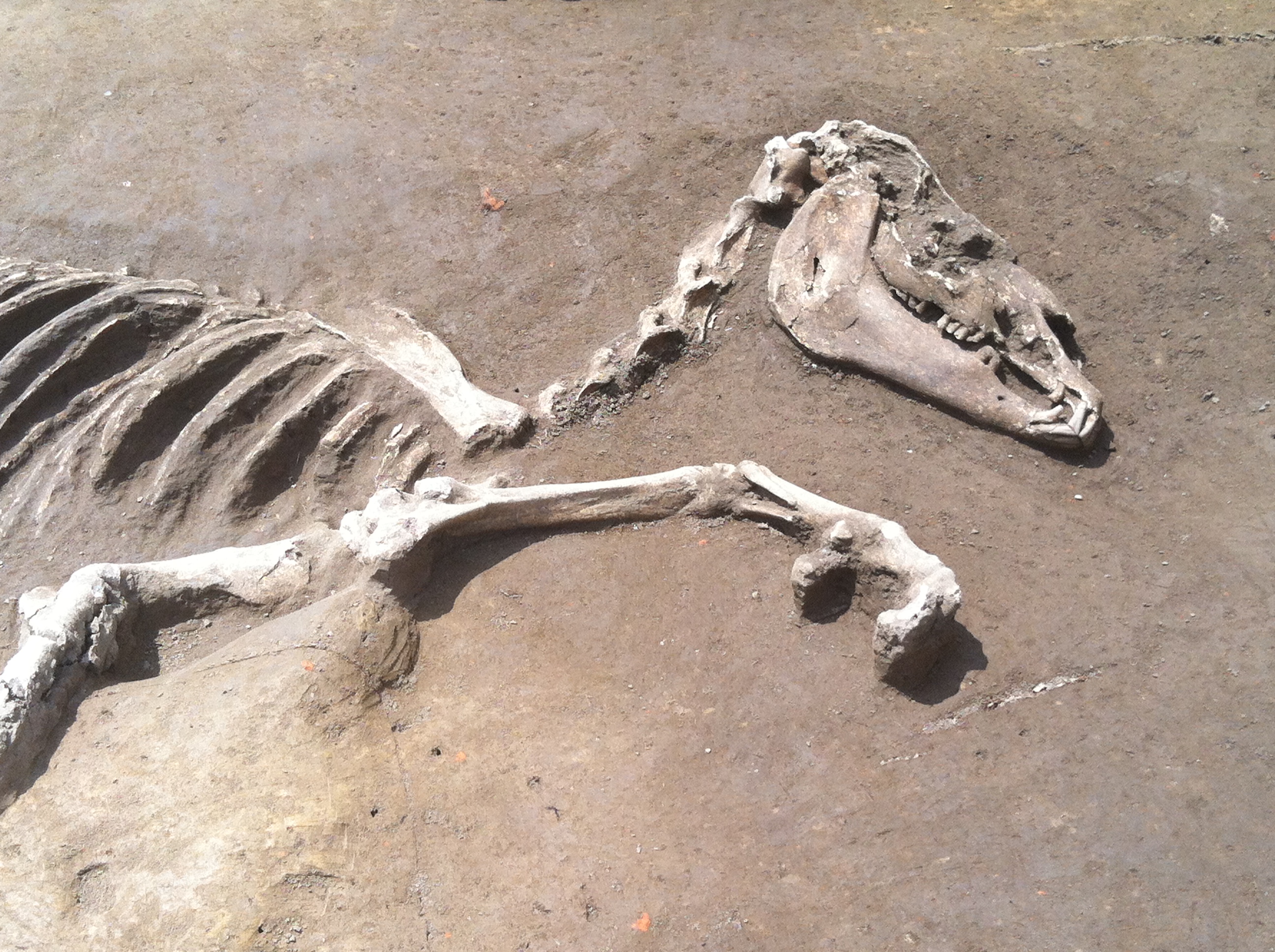