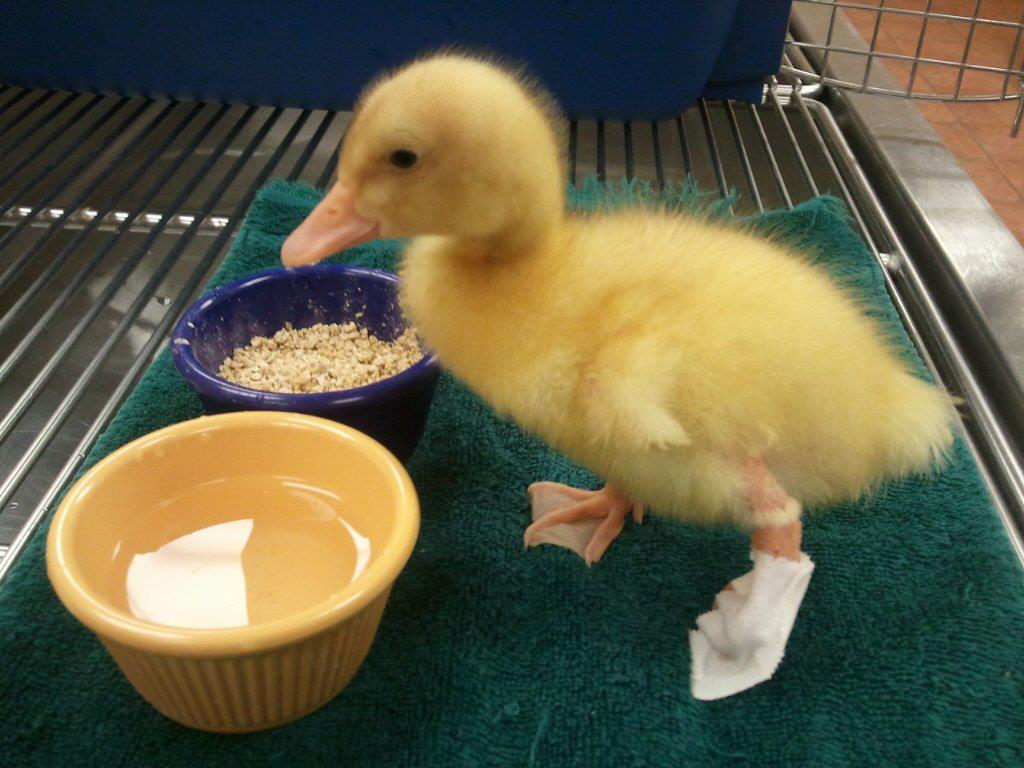 Buttercup the duck was hatched last November in a high school biology lab with one of his two feet turned backwards.

In January, Buttercup went to live at the Feathered Angels Waterfowl Sanctuary in Arlington, Tennessee where his new owner Mike Garey decided to create a duplicate foot for Buttercup using a 3D computer rendering from her sister Minnie’s foot.

Garey then sent the 3D rendering to NovaCopy, a 3D printing company.

NovaCopy created a 3D model that is now being used to create a permanent foot from silicone.

The foot will be used just like a prosthetic limb, with a medical-grade finger trap to slip over Buttercup’s knee so the foot doesn’t come off while he swims.

According to a Facebook page tracking his process, Buttercup underwent surgery to remove his bad foot at the end of February and continues to recover.

The silicone foot is currently being made.