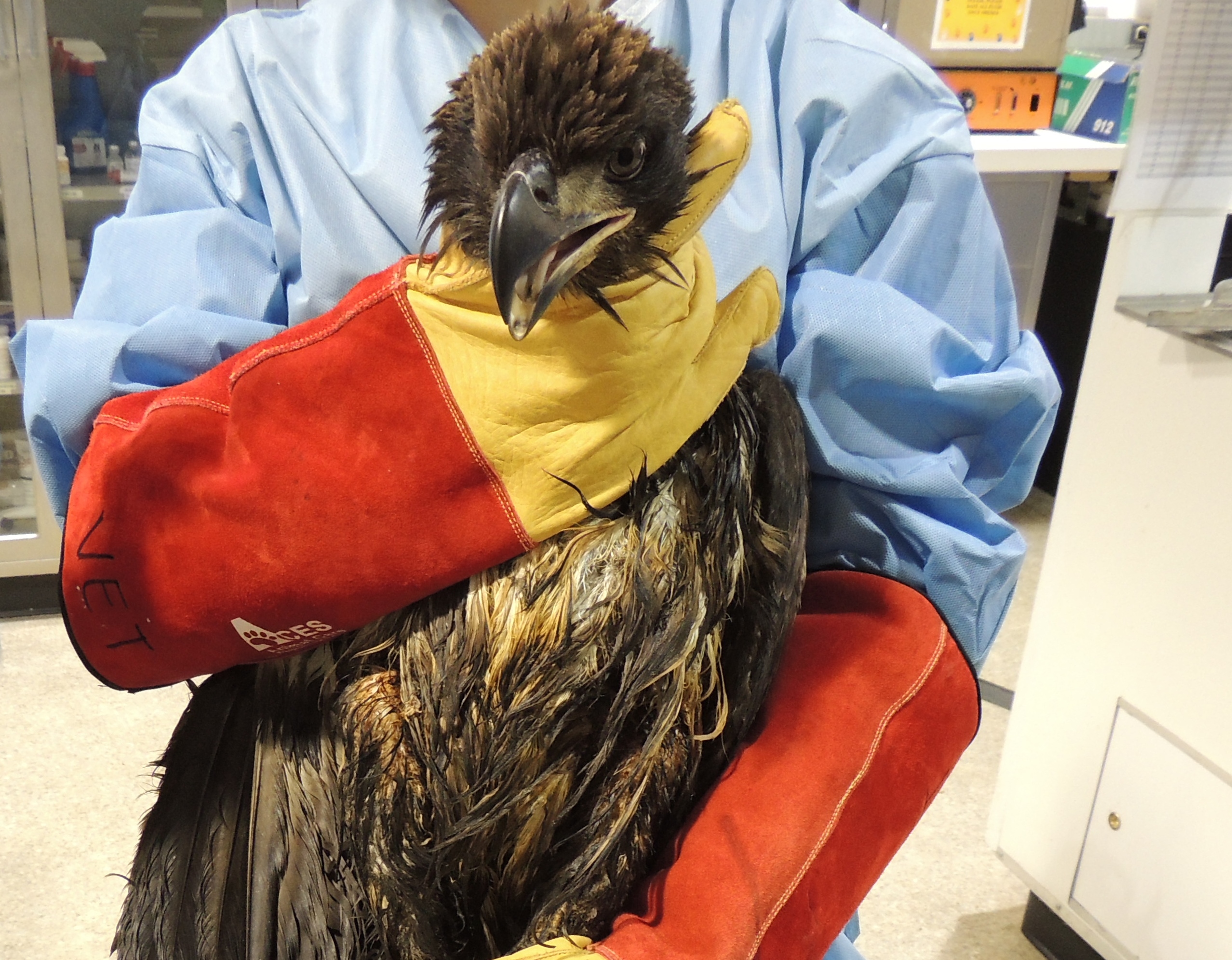 A young bald eagle was found down on the ground in Reedville, Virginia on Tuesday and taken to the Wildlife Center for rehabilitation.

The eaglet was covered in a sticky, tarry substance when found and it was first transported by Animal Control Officer Kevin Keeve to permitted rehabilitator Diana O’Connor.

Dr. Dana Tedesco examined the bird and found it to be thin and dehydrated. The eaglet was rehydrated and tube-fed on Thursday.

The eaglet was  sedated and bathed on July 4. They pre-treated the sticky substance with canola oil before bathing the bird in multiple tubs of a diluted Dawn dish soap solution.

The Wildlife Center says the water became less dirty and contaminated by the time the eagle reached the sixth bath but that the entire process will likely be repeated on a different day.