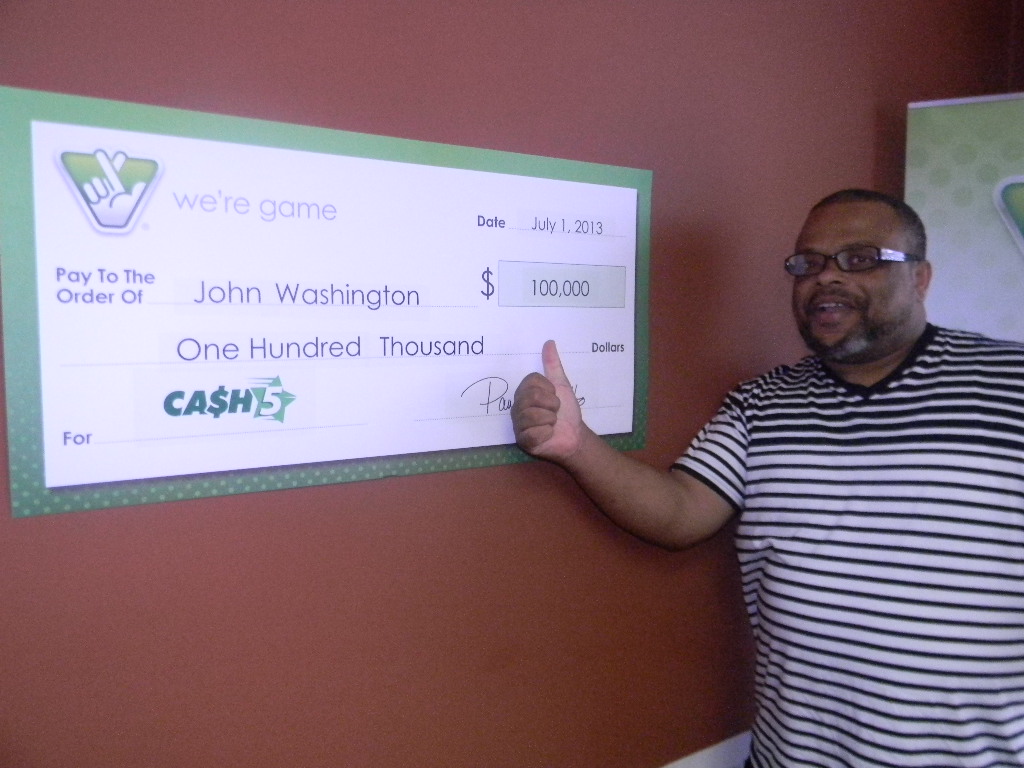 Nascar driver Edward Gibbs from Seaford previously won $100,000 in the Cash 5 game in 2012. He came up a winner again after purchasing a ticket at Happy Shopper in Yorktown and matching all 5 numbers in the June 28th drawing. He said he plans to save some winnings and also use the money to pay bills.

A Suffolk man, John Washington, also matched all five numbers. He bought his ticket at the 7-Eleven at 5827 East Virginia Beach Boulevard in Norfolk.

A Norfolk woman, Wilhemina Sanderlin-Crumity, also claimed her $100,000 prize after choosing the winning numbers. She bought her winning ticket at Tinee Giant, 600 Thole Street in Norfolk and says she chose the numbers by using a combination of family birthdays.