Virginia Beach, Va.- In Virginia Beach on Bay Island, those expecting to see fireworks in the sky saw the unexpected on Independence Day – a house on the water consumed by flames.

Fire investigators say a short in the lighting and landscape equipment on the back deck of the home on Lone Pine Point is to blame. They say once the spark ignited, the fire quickly moved up the back of the house and into the attic.

“When we got here it was probably maybe 15 to 20 feet up in the air, just crazy amount of smoke, fire trucks everywhere, all the way up,” says John Will.

Investigators say one of the difficulties in fighting the fire was the fact the house backs up to the water. They had to call in a fire boat to help.

Neighbors say they could feel the heat from the fire a block away.

In all, ten fire crews battled the blaze in the 5,000 square foot home for six hours.

“In one sense you are seeing a house burn and it is amazing, but in the same sense you are thinking about the family that lost their home,” said Will.

No one was home when the house caught fire and crews were even able to get the family dog out safe. 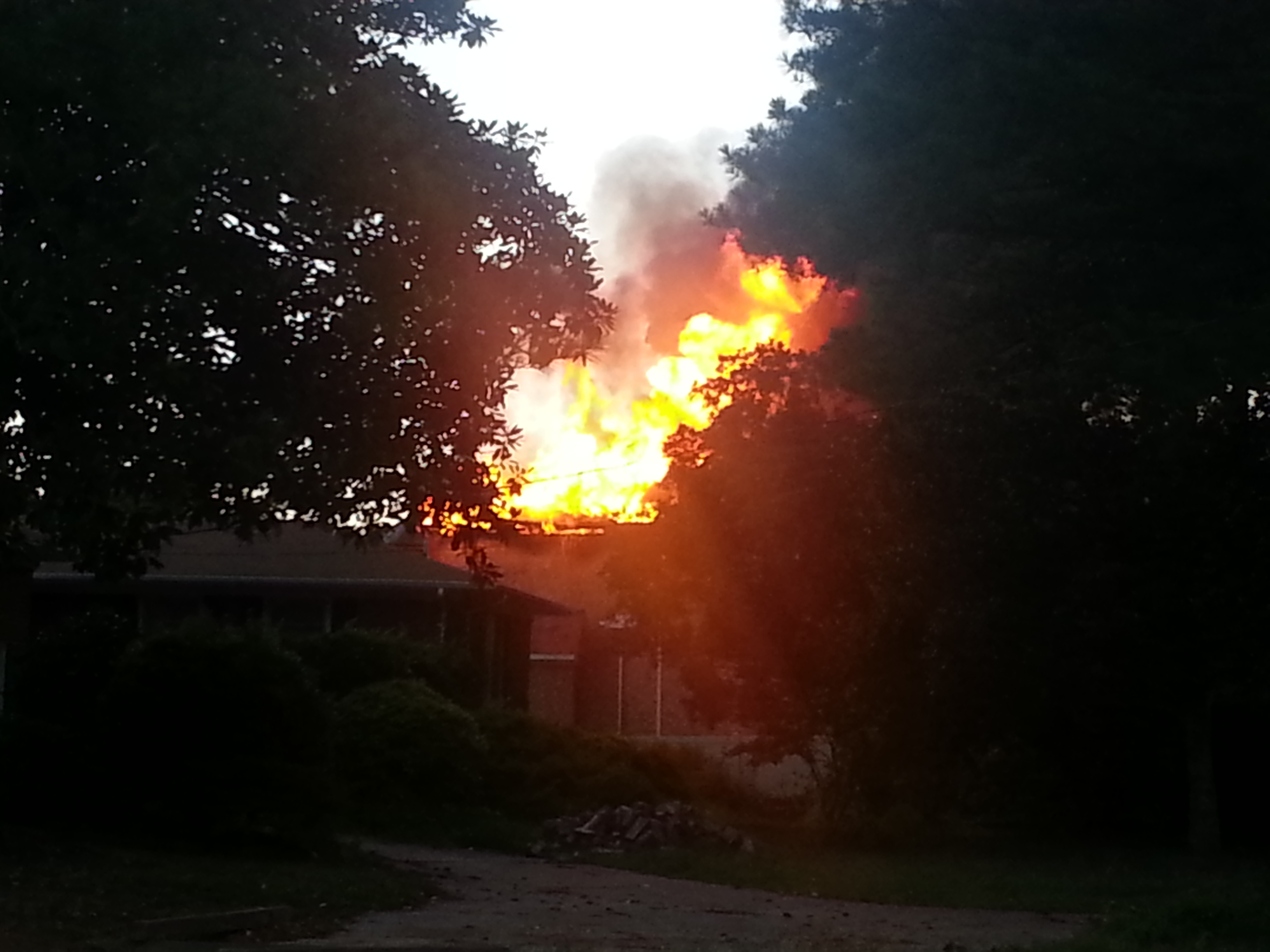