Norfolk, Va. - The Navy made history today by landing the X-47B Unmanned Combat Air System demonstrator aboard a moving aircraft carrier for the first time.

The X-47B took off from Naval Air Station Patuxent River in Maryland and landed aboard the carrier USS George H.W. Bush off the coast of Virginia.

The X-47B was then relaunched from the flight deck of the carrier and came around to complete its second carrier landing.

Landing aboard a moving carrier's flight deck is one of the most challenging things a human pilot can do.

"It isn't very often you get a glimpse of the future. Today, those of us aboard USS George H.W. Bush got that chance as we witnessed the X-47B make its first ever arrested landing aboard an aircraft carrier," said Secretary of the Navy Ray Mabus. "The operational unmanned aircraft soon to be developed have the opportunity to radically change the way presence and combat power are delivered from our aircraft carriers."

The X-47B landed without human control, relying on precision GPS navigation, a high-integrity network connection and advanced flight control software to guide itself through the turbulent air behind the aircraft carrier and onto the flight deck. 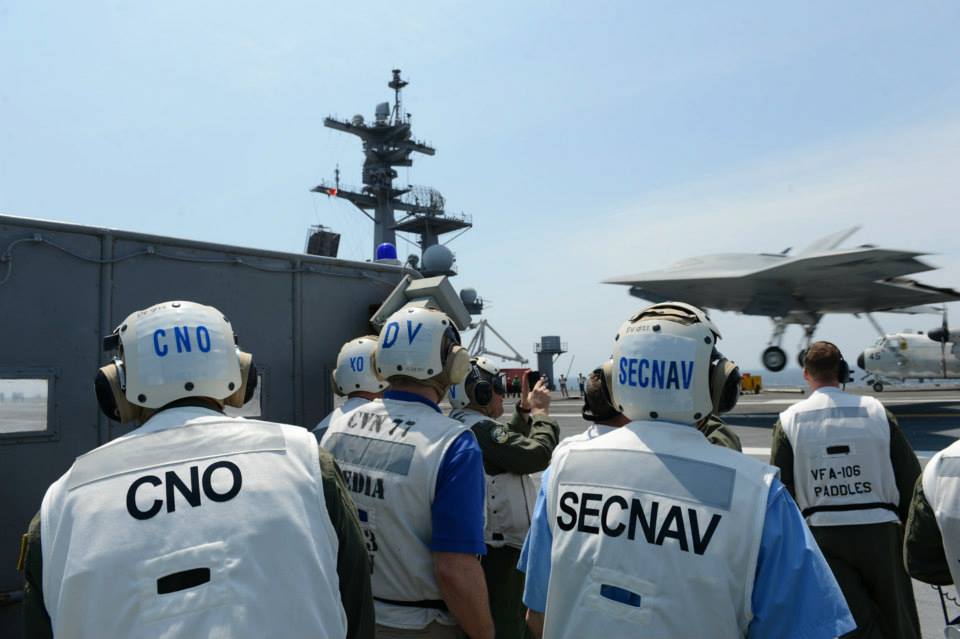 "We have certainly come a long way in the 102 years since Eugene Ely made the first arrested landing aboard an aircraft carrier. Naval aviators have always been at the forefront of operational and tactical innovation, and today was no exception," said Mabus. "People make unmanned aviation possible and it is people who will provide the fresh thinking and new ideas so crucial to successes like the X-47B program and the unmanned aircraft of the future."

The unmanned aircraft's final shore-based arrested landings at Patuxent River were successfully completed in late June, and the aircraft was successfully launched from the Bush and performed touch-and-go landings on the carrier in May.