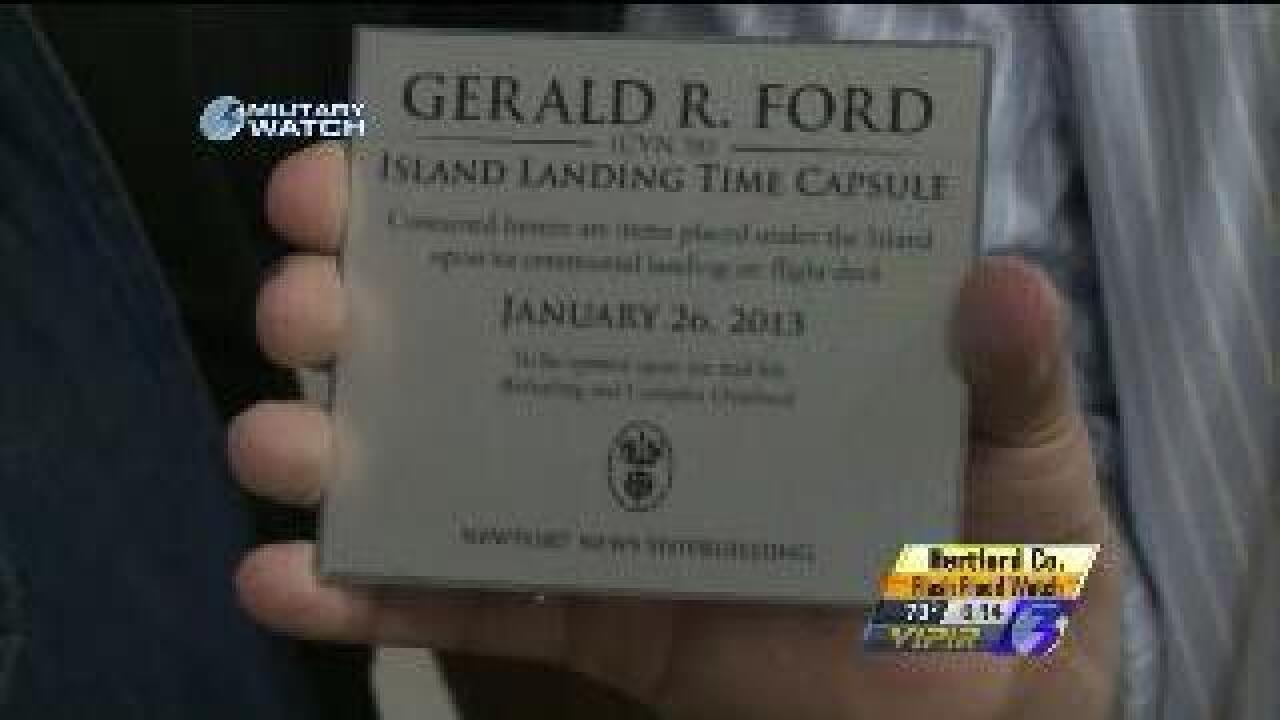 The sandstone, which is from the same piece used to construct the White House and the U.S. Capitol, was donated by Susan Ford Bales.

Bales is the ship's sponsor and the daughter of Gerald Ford.

The items had been placed under the ship's island in a January ceremony, but removed so that the island could be permanently attached to the flight deck.

On Thursday, the items were welded inside the flight deck control room, where they will remain during the ship's expected 50 years of service.

"It started way back in the sailing days- the Viking days-  when a ship was built and a mast was put on a ship for good luck and to ward off evil spirits," explained Captain Meier. "They would place coins underneath the mast."

The timing of the welding is significant - just three days before what would have been Ford's 100th birthday.

The ship that bears it's name is the first in a new generation of aircraft carrier for the Navy.

"Virtually every system in every department on the ship has new and improved systems," Meier commented.

Right now the ship is 62% complete. It's scheduled to be christened in early November and then launched the following week.

Those dates were originally supposed to be in July, but were pushed back by four months earlier this year in a decision made jointly with the Navy, according to Newport News Shipbuilding Vice-President Rolf Bartschi.

"For all of the technology that we are bringing on the ship, we are doing land-based testing to wring it out before we test it here on the ship," Bartschi explained.