Norfolk, Va. - Sailors aboard aircraft carrier USS Harry S. Truman (CVN 75) said their goodbyes to friends and family prior to getting underway for an eight to nine-month deployment July 22.

Truman, along with the other components of the Harry S. Truman Carrier Strike Group (HST CSG), completed a composite training unit exercise in January prior to their originally scheduled February deployment, and also a sustainment exercise and fleet synthetic training exercise in June.

“The crew has operated and trained extensively at sea the past several months and the training scenarios were more complex and challenging,” said Capt. Bob Roth, Truman’s commanding officer. “The ship’s and air wing’s warfighting proficiency has increased substantially since our deployment was delayed in February. I couldn’t be more proud of the crew; they are dedicated, skilled, and tremendously enthusiastic about deploying.”

The February deployment was delayed due to sequestration and the change of aircraft carrier presence requirements in the U.S. Central Command area of responsibility.

The current deployment is part of an on-going rotation of forward-deployed forces to support maritime security operations (MSO) in the U.S. 6th and 5th Fleet areas of operations.

Truman is the flagship for HST CSG. It can travel in excess of 30 knots, and has a ship’s company of approximately 3,000. With the embarked air wing and staffs, the number rises to about 5,000. 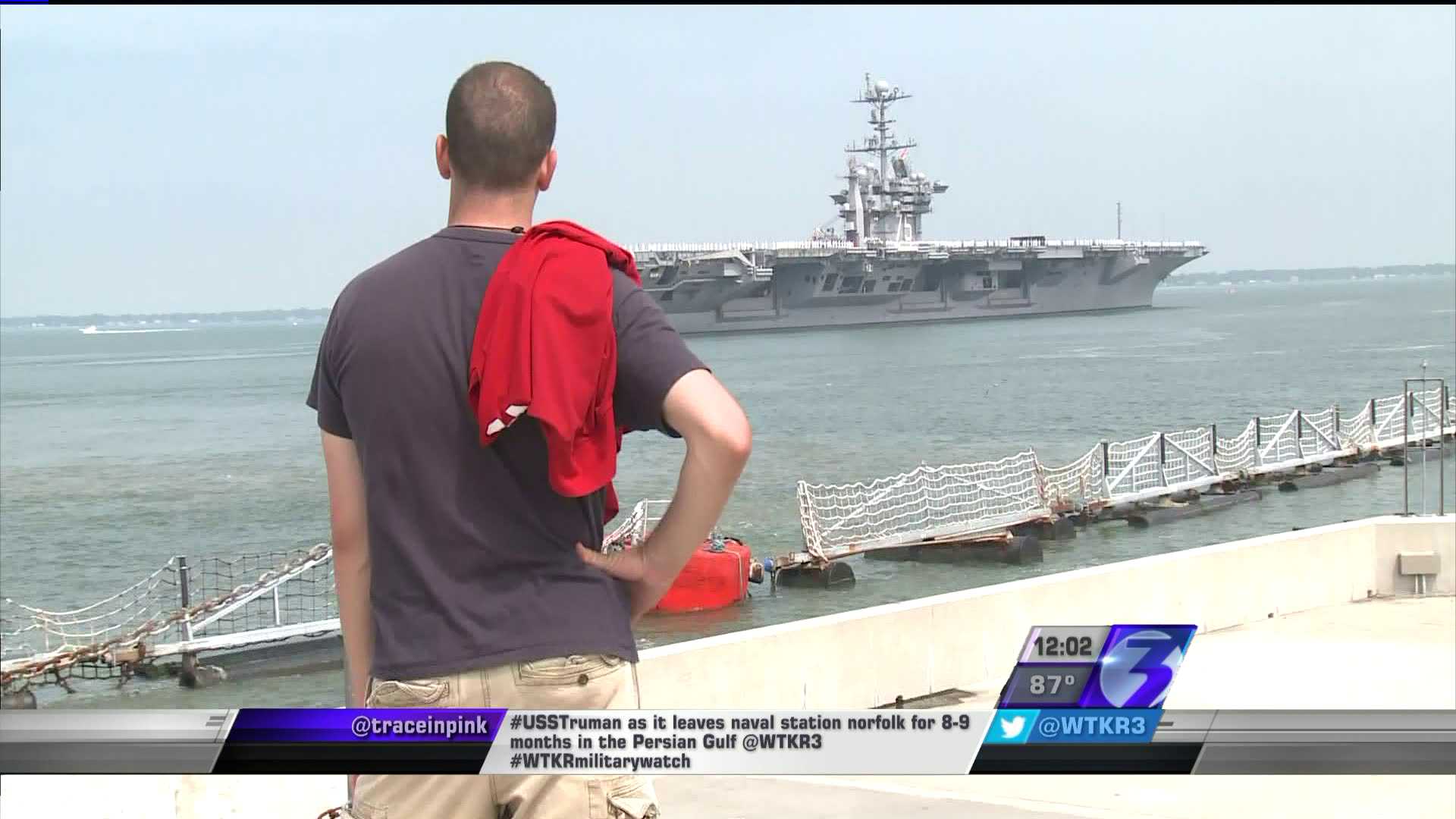