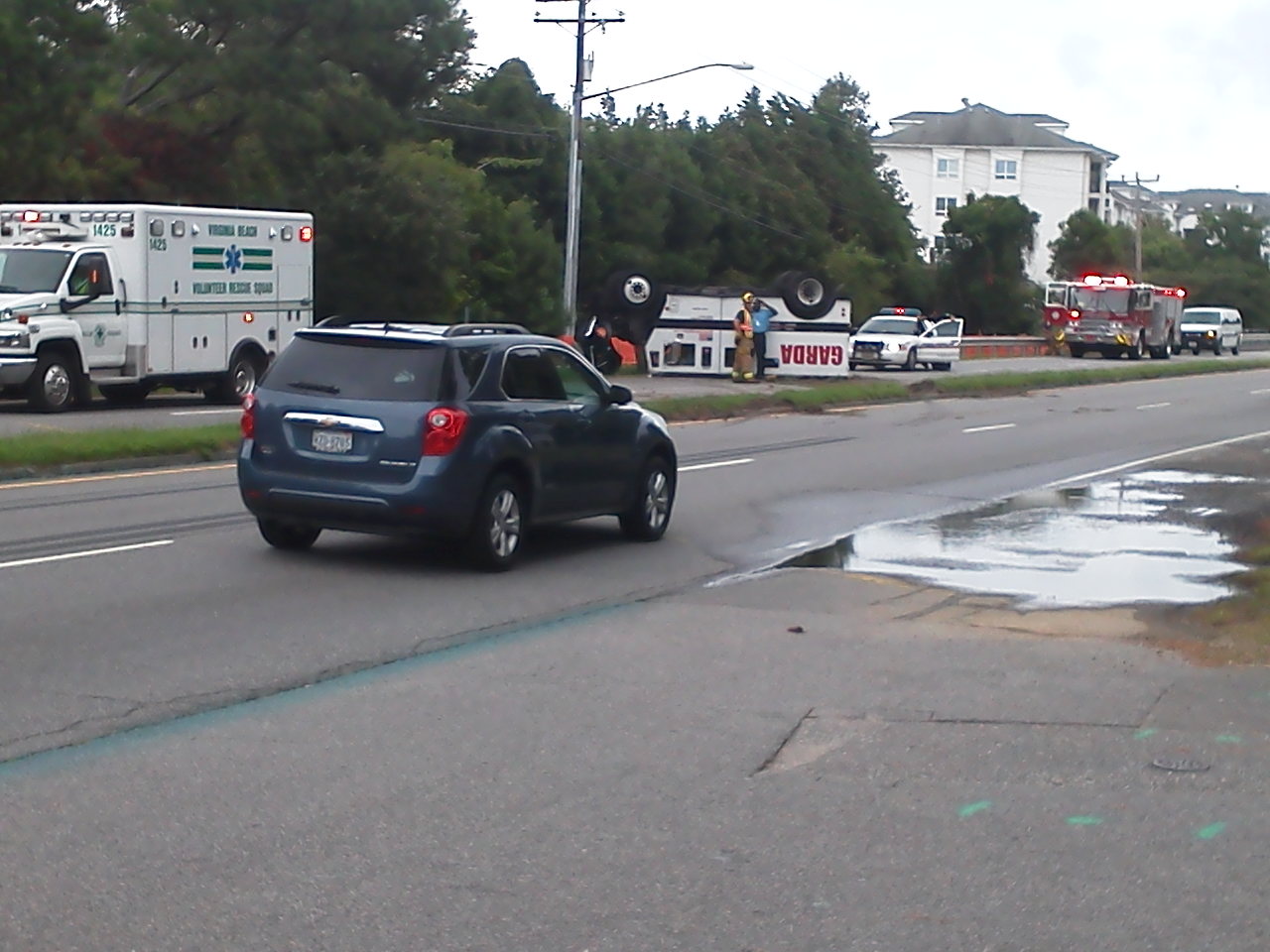 Virginia Beach, Va. – Officers responded to the scene of an accident in the 1300 block of Laskin Road around 12 p.m. on Monday.

A Garda truck overturned and was found resting on its roof. The driver was able to make it out of the vehicle, police say.

Investigators say a vehicle that could have been a white, Ford SUV, pulled out onto Laskin Rd. from the feeder side and the Garda truck swerved to avoid hitting the SUV. That’s when it hit the median instead police say.

The median had elevated concrete curbing that caused the truck to roll over onto its roof on the westbound side.

The driver of the Garda truck was taken to the hospital with minor injuries and the passenger was treated at the scene.

No charges were filed against the driver of the Garda truck.