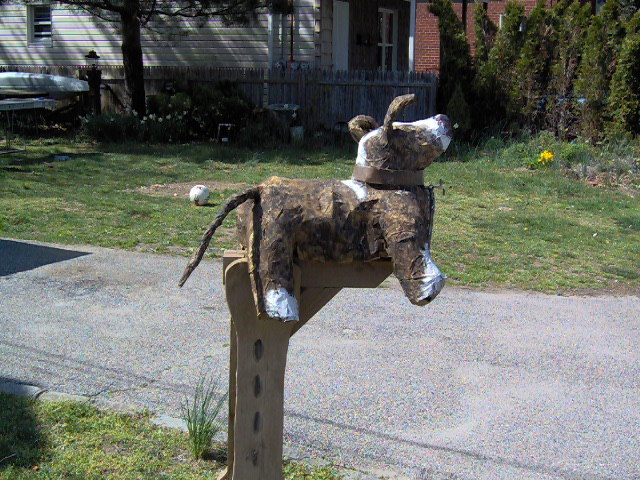 As CNN Money recently reported, the U.S. Postal Service has begun informing communities with new housing developments that mail will be delivered to cluster boxes — groupings of mailboxes at a centralized point — instead of doorstep or curbside delivery. Congress is also considering a bill to end door delivery for existing customers, which Rep. Darrell Issa, R-California, believes could save the Postal Service $4 billion a year.

That’s no good for people like Branden Willson, a custom mailbox designer based in Olympia, Washington.

Willson, a self-proclaimed Volkswagen enthusiast, has been making mailboxes in the shape of classic VW buses for about a year — in which time he has sold more than 150 mailboxes with prices ranging up to $134.

“As long as those boxes meet Postal Service guidelines, we’ll continue to service them,” he says. “But as for any proposed legislation, that’d be pure speculation at this point.”

Mailbox lovers like Willson have begun to consider what else might be lost: not just the practicality, but also the sentimentality of these smaller-scale landmarks.

“It’s a part of someone’s personality, like a precursor to who the family is beyond the driveway,” Willson says. “Things like this affect on a lot more levels than just ‘oh, I can’t get my bills to my door anymore.’ It’s more than that.”

Juliana Romnes is an exhibitions coordinator at a Florida art museum. Should home box delivery end, she hopes people will still appreciate artistic mailboxes, such as the ones she photographed in the renovated mining town of Madrid, New Mexico.

“I hope that these unique mailboxes manage to live on, dotting the American landscape,” she says. “Or maybe even finding their ways into museums as relics of the snail-mail generations.”