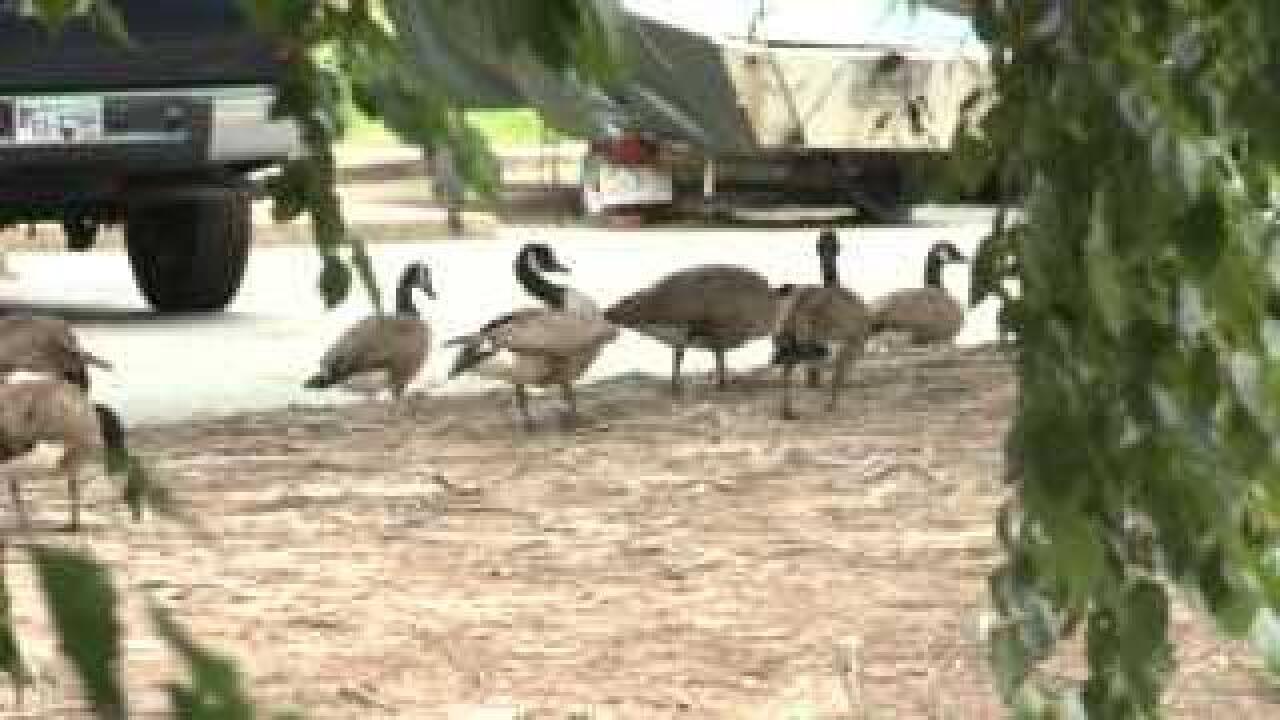 Portsmouth, Va. (WTKR) - It was a happy homecoming for dozens of geese and ducks at a Portsmouth lake on Thursday.

Three weeks ago, the birds had to be rescued after diesel spilled into their lake and onto their feathers.

In all, 71 birds and turtles had to be rescued from the lake.

Their feathers were carefully cleaned by volunteers with the Virginia Beach SPCA to get the oil out.

The geese and adult ducks were the first to be released, much to the delight of 10-year-old Kylie Smith.

Their return was followed by the youngest birds – 19 baby ducklings.

“We actually caught them on the night they hatched. The moms led them straight into the oil spill water, so they were all hatchlings the day we got them,” says Virginia Tavenner with the SPCA.

People living near the lake say it has been quiet the past three weeks without all the ducks and geese.

“It’s relaxing but kind of noisy at the same time,” Kylie says.

“It’s the best happy ending for them,” Tavenner says.

All 71 ducks and geese rescued from the lake were able to be returned after the waterway was given the all clear from the City of Portsmouth.