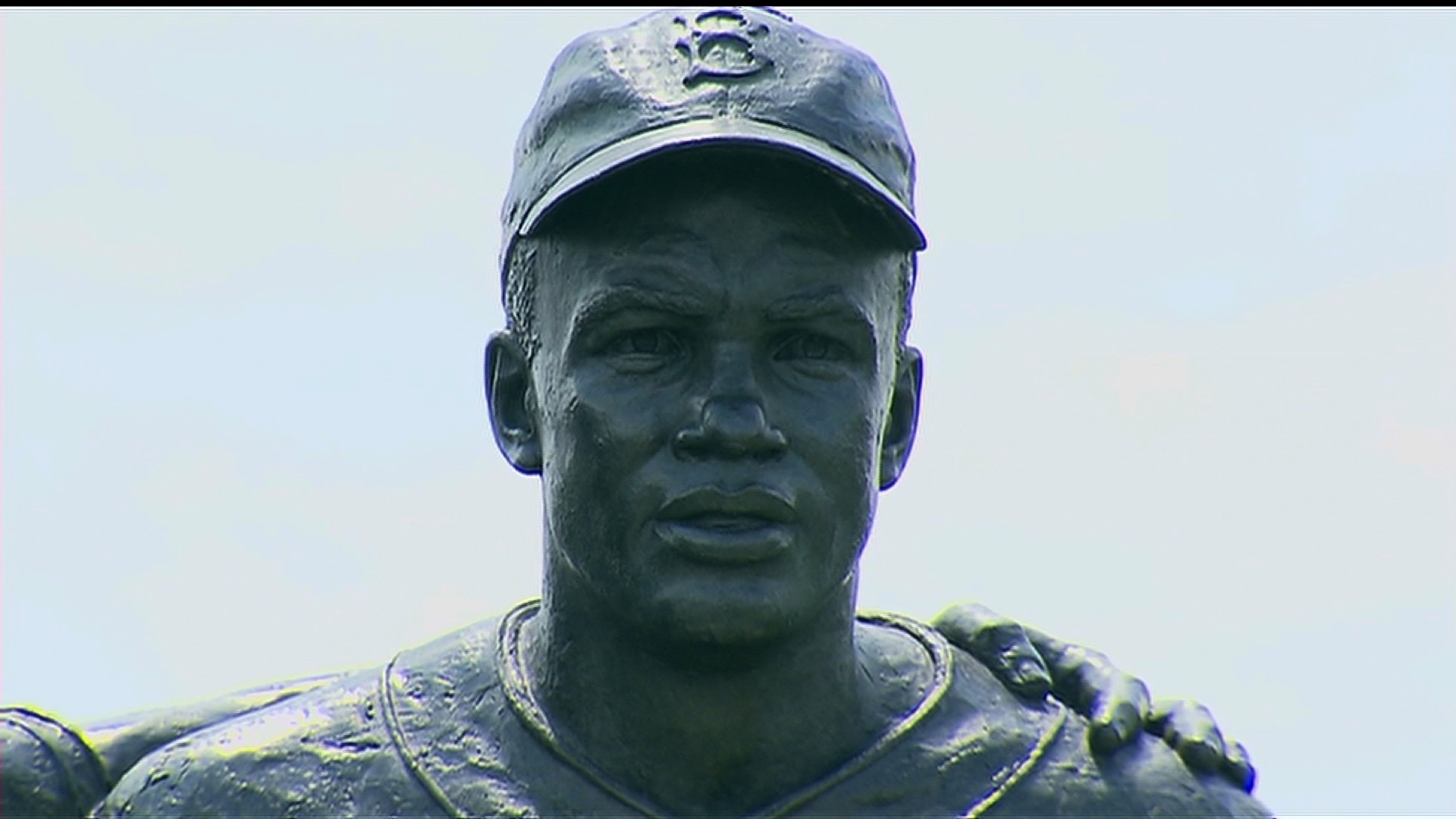 NEW YORK (CNN) — A New York newspaper is offering a $10,000 reward for information leading to the “lowlife” who defaced a statue of Jackie Robinson outside the Brooklyn Cyclones baseball stadium.

Vandals marked racial slurs and symbols on the sculpture of Robinson and teammate Pee Wee Reese sometime between the end of the Cyclones game Tuesday night and 7 a.m. Wednesday, according to a spokesman for the New York City Police Department.

A swastika, “anti-Semitic comments” and the N-word were written in black marker on the statue and its base, officials said.

The NYPD’s Hate Crimes Task Force is investigating the matter as a possible bias incident. The Cyclones and police are reviewing security camera video, hoping it will lead them to a suspect or suspects, said Brooklyn Cyclones director of communications Billy Harner.

No arrests have been made.

The New York Daily News on its front page Thursday kicked off a hunt for the “lowlife who scrawled epithets” on the statue.

In red, slanted letters it posted a $10,000 reward for information leading to the arrest and conviction of the perpetrator.

The statue immortalizes a moment of racial progress in American history in the 1940s, depicting the instant when Reese, who is white, walked over to Robinson and put an arm around him as the first African-American player in the big leagues endured racial slurs from the stands. According to the legend, the crowds fell silent at the show of solidarity.

The newspaper showed a photograph of the defaced statue, with parts of the epithets blurred.

The parks department has already managed to remove the majority of the graffiti, Harner said.

“Almost every Saturday morning I stop by the statue on my bike, and am deeply moved each time,” U.S. Sen. Chuck Schumer said in a statement.

“Defacing the Jackie Robinson statue is a dagger in the heart to everything America stands for, and I hope those who are responsible are caught, punished, and taught why what they did is so disgusting and offensive.”

Robinson was the first African-American baseball player to play with a modern-era Major League Baseball team, the Brooklyn Dodgers in 1947.

His jersey number, 42, was retired in 1997, though it is still worn by New York Yankees closer, Mariano Rivera.

The film “42,” which was released in April, tells Robinson’s story of breaking the color barrier in the sport.