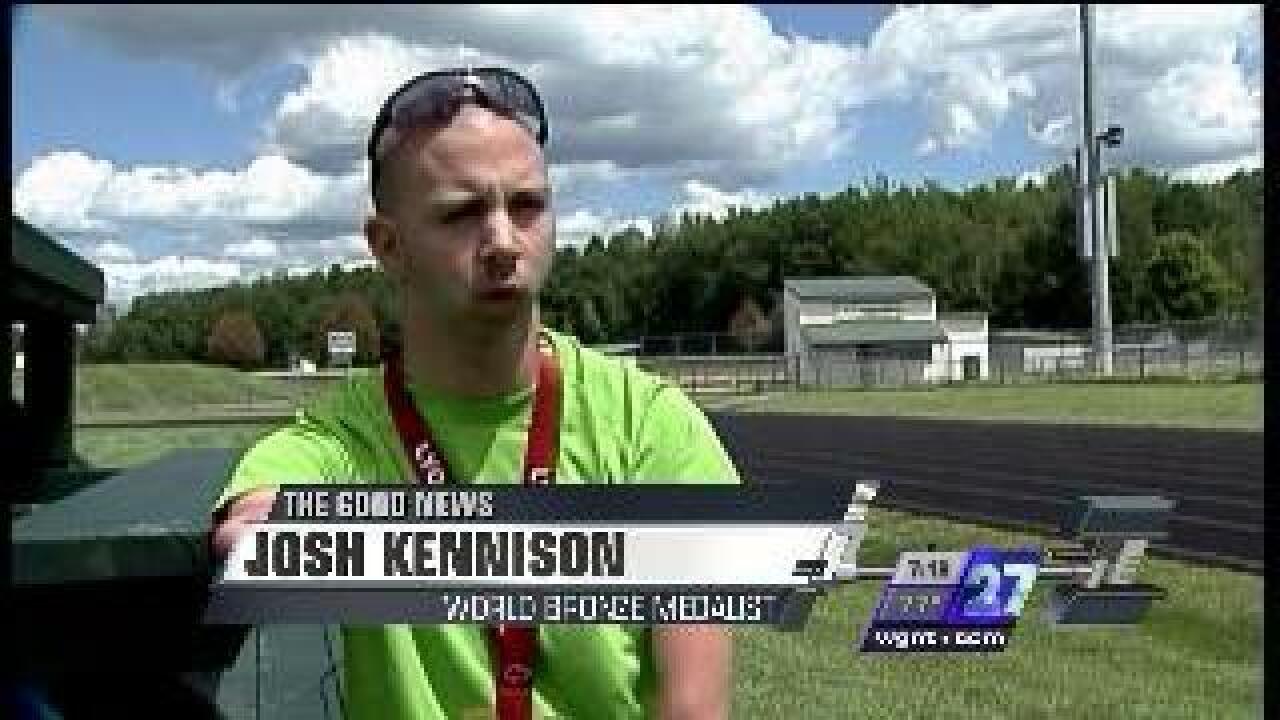 Here's the good news - a quadruple amputee from Maine is celebrating his bronze medal win in the 100-meter dash at the International Paralympic World Championships.

The man, who was also born without part of his tongue and jaw, wants to inspire kids in his community.

Josh Kennison is a natural competitor.

"I just love the feeling that you have when the gun goes off or the whistle blows."

He ran track and played soccer in high school...but did so in a "walking" prosthetic, his life changed after high school when he tried what he calls "running legs".

"I put them on, all of a sudden, I was wanting to run every day...in middle school and high school I had to run in my walking legs, and in that time period, my legs got massive, and then when I put on these iron limbs, I already had the muscle in my legs, so I was just running really fast."

"Now, that I took home the bronze, now my name is out there...kids will know who I am out there, it's just really exciting."

Away from the track, Kennison is heavily involved in "Camp No Limits" which caters to kids with limb loss and their families.

"I just like to inspire the kids, and honestly that's why I am here today, I love to inspire."

This could be just the beginning for Kennison, who wants to return to the world championships and maybe the Paralympics in 2016.

"Growing up, my parents never told me I couldn't, I have always tried to have that mindset, once I got into running, there are the guys out there, no knees, whatever their handicap is, out there running, I see kids out there. Really it's the world that inspires me, the people who may not have it as well as I do."