(CNN) – A rodeo stunt at the Missouri State Fair has come under criticism after a clown donned a Barack Obama mask and stuck a broom up his backside.

The stunt took place during the bull riding competition on Saturday night.

A clown on the arena floor chimed in: “Hey, I know I’m a clown. He’s just running around acting like one. Doesn’t know he is one.”

The stunt sickened Perry Beam, who came to the fair in Sedalia with his wife and a student from Taiwan to “give him a little piece of Americana.”

Beam likened the atmosphere to a Klan rally

The student, Jameson Hsieh, recorded a video of the incident, but had little to say afterward.

“He didn’t say anything. We rode all the way home in silence,” said Beam, who lives 50 miles away in Higginsville. “We were just ashamed and he didn’t ask any more questions. I think he had seen enough. It is just disgusting.”

The board of directors at Missouri Rodeo Cowboy Association issued an apology. 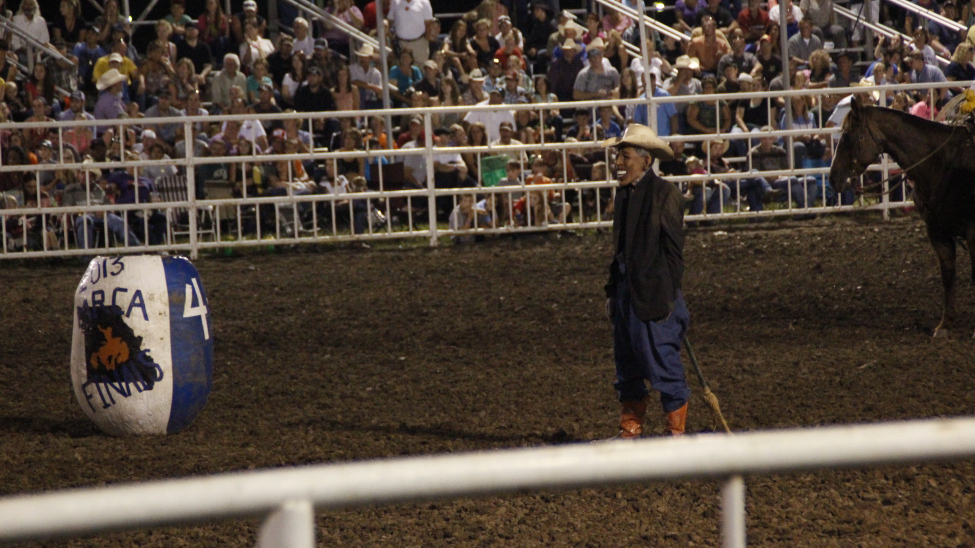 “The Sport of Rodeo is not meant to be a political platform. We are taking measures by training and educating our contract acts to prevent anything like this from ever happening again,” a statement on the group’s website said. “All Members of the Missouri Rodeo Cowboy Association are very proud of our Country and our President.”

Republican Lt. Gov. Peter Kinder called for those responsible to be held accountable.

“I condemn the actions disrespectful to POTUS (President of the United States) the other night,” in a post to his official Twitter account. “We are better than this.”

“The State Fair is funded by taxpayer dollars, and is supposed to be a place where we can all bring our families and celebrate the state that we love,” she said. “But the young Missourians who witnessed this stunt learned exactly the wrong lesson about political discourse—that somehow it’s ever acceptable to, in a public event, disrespect, taunt, and joke about harming the President of our great nation.”