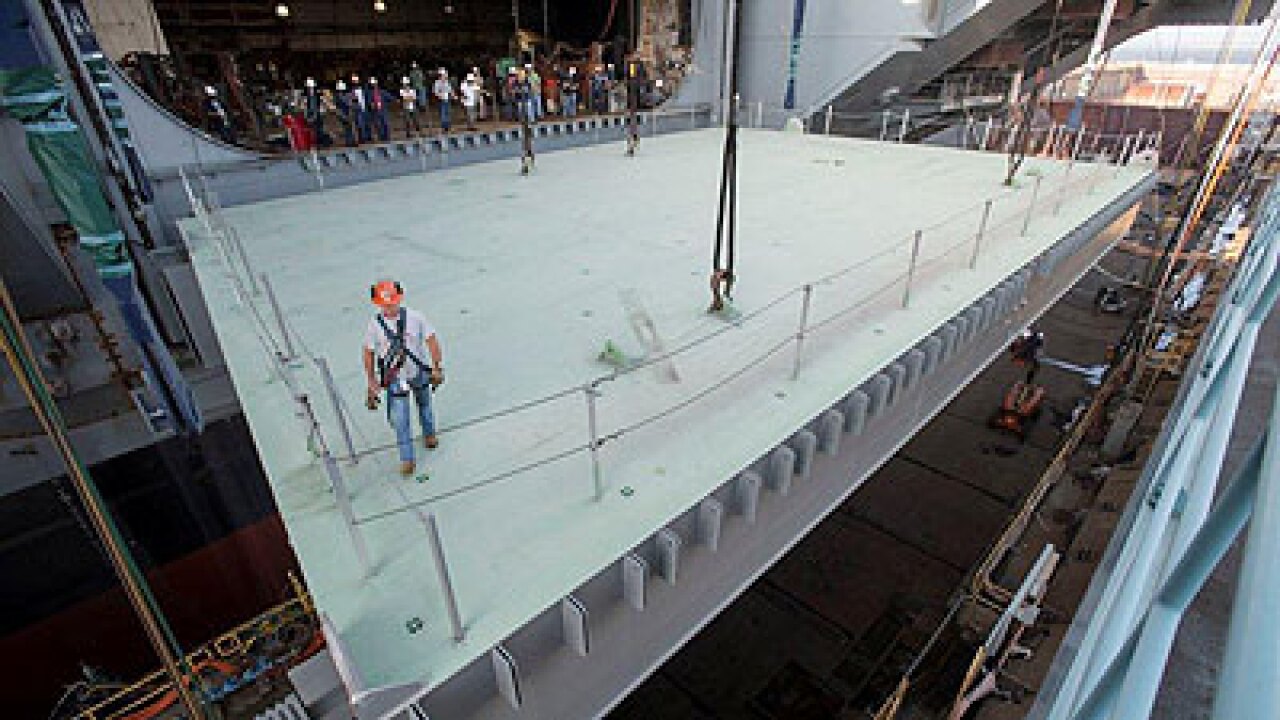 The elevator, which is used to move aircraft from the hangar bay to the flight deck, is located on the starboard side of the ship. It measures 85 feet long and 52 feet wide and weighs 120 tons, about as much as a locomotive.

“The Ford class is designed with three aircraft elevators, one less than the Nimitz class,” said Rolf Bartschi, NNS vice president, CVN 78 carrier construction. “The design provides greater flight deck area for increased sortie rates over the Nimitz-class design. The location and number of aircraft elevators are an integral part of the design.”

Gerald R. Ford‘s primary hull structure reached 100 percent structural completion in May, bringing more than three years of structural erection work to a close. Work continues on the ship, including work on the piping and electrical systems and habitability areas such as the galley and mess spaces. Shipbuilders are also in the process of painting the hull prior to the ship’s christening, scheduled for Nov. 9.