LADEE launch viewing: Where and how to watch

NASA’s Lunar Atmosphere and Dust Environment  Explorer (LADEE) is expected to be launched from NASA’s Wallops Island facility into a lunar transfer orbit on September 6th.

The Minotaur V rocket will boost the LADEE spacecraft into orbit in order to conduct a 100 day mission to measure lunar dust and examine the lunar atmosphere.

Click here for more information from Orbital on the Minotaur V rocket.

Several maps have been released to show where you can see the rocket after it launches.

This map below shows the maximum elevation (degrees above the horizon) that the Minotaur V rocket will reach depending on your location along the east coast. The further away you are from the launch site, the closer to the horizon the rocket will be.

This map below shows the rough time at which you can first expect to see the Minotaur V rocket after it is launched.

The views in the gallery below give an indication of the direction where you should look to see the launch, along with nearby features. 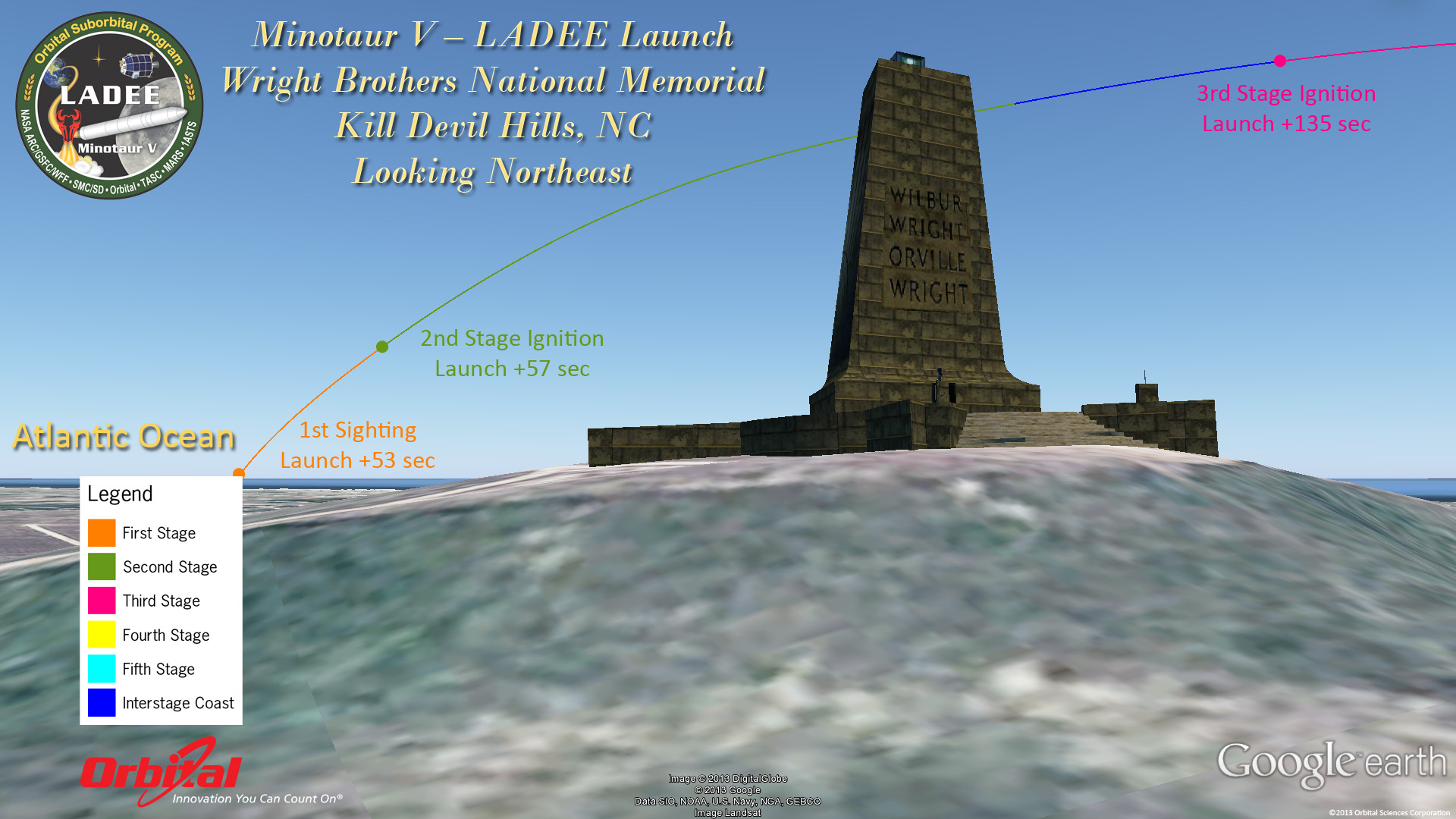 NewsChannel 3 will also stream the launch live on WTKR.com.