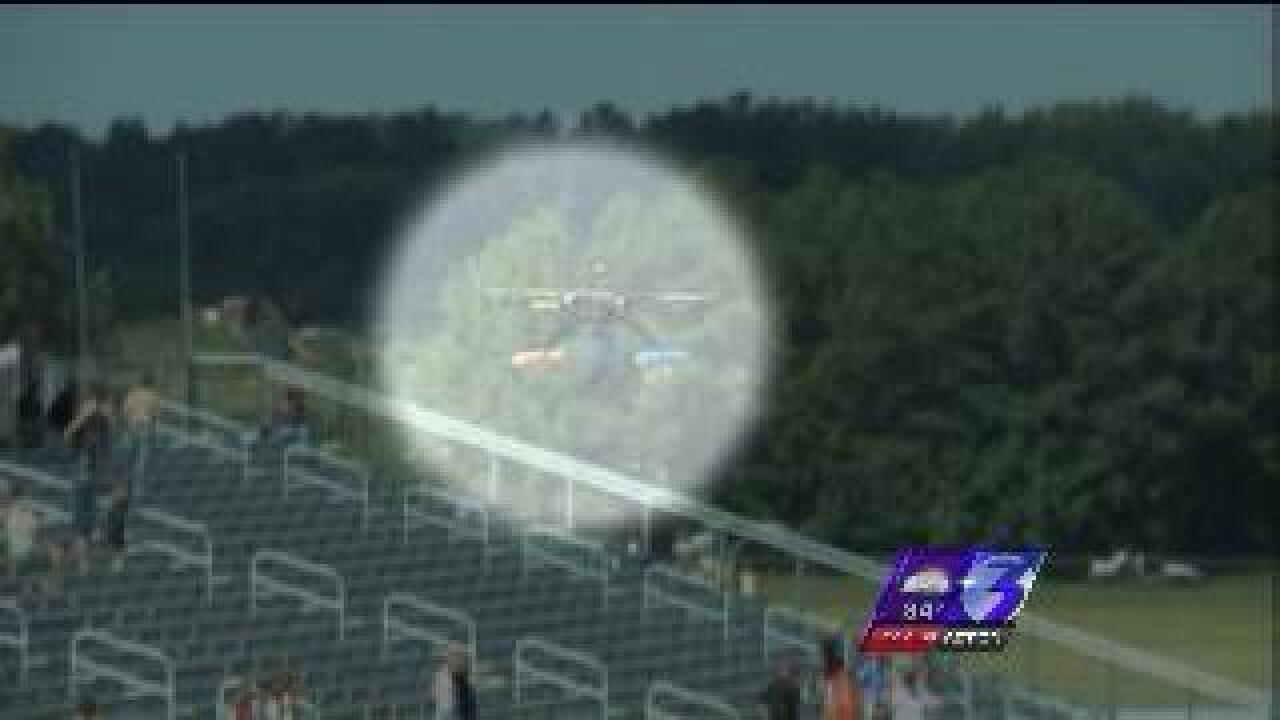 According to our Richmond affiliate WTVR, the owner of the drone is Virginia Beach film maker and producer Scott Hansen.

One of the people hit by the drone was Norfolk-based Naval Commander Brad Fillius.

Hansen, the owner of the drone, says he leased his device to someone connected to the Bull Run event, but he wouldn't reveal that person's name for contract reasons.

He says he will meet with Commander Fillius and the others hit by the drone to see if he can help with their expenses.