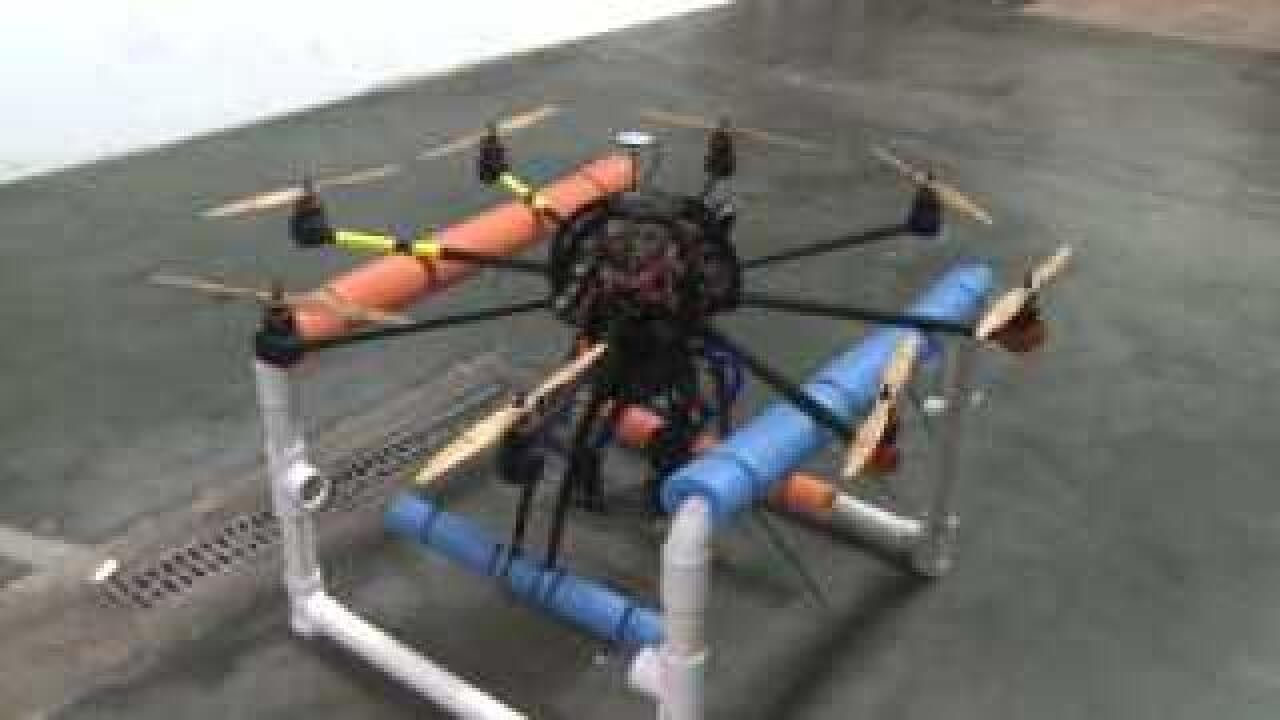 Portsmouth, Va. - The FAA is now investigating after a drone crashed into a crowd of people Saturday at the Bull Run event in Dinwiddie.

It drove right into Patrick Lewis and two of his friends sitting in the stands.

“It just kind of pitched like towards us so we're no longer looking at the bottom of it we were looking actually at the top of the drone as it turned it drove directly right into us,” says Lewis.

With eight blades around it and weighing about 10 lbs., Lewis says , it came at them 25 to 30 miles per hour.

He says it hit his friend, Brad Fillius a Naval Commander stationed in Norfolk, square in the chest.

He says it caused one of his other friends to fall back with the drone landing right on top of her.

“I immediately reached down I pulled the drone off of her and, of course, that's when everybody kind of started rushing and coming to that area,” explains Lewis.

Virginia Beach film maker, Scott Hansen, owns the drone involved in the crash. He says he loaned it out to a pilot covering the event that day. And he says pilot error led to one of the batteries dying, causing it to crash.

"I think it was just pilot error in this particular situation. I've seen them crash before. We've been pretty good about not crashing it and I just think he had it too high," says Hansen.

Hansen says no training is required to fly a drone, but he only loans it out to pilots with at least a few weeks training.

He admits things could have been much worse and says he's doing everything he can to help Lewis and the others injured.

"I want the industry to know about this and we've already taken care of the injuries and the victims as well, and we've been in touch with them, handshakes, and I went and saw them personally," says Hansen.

Lewis says he and everybody else are doing okay right now.

While this did put a damper on their weekend, he says, it's an experience that could bring his friends closer.

“Honestly, if it wasn't for this, I think we would of had an absolutely wonderful time. And it's also one of those things where we go and do it as friends together, but when you kind of leave there, you leave there a little more bonded.”