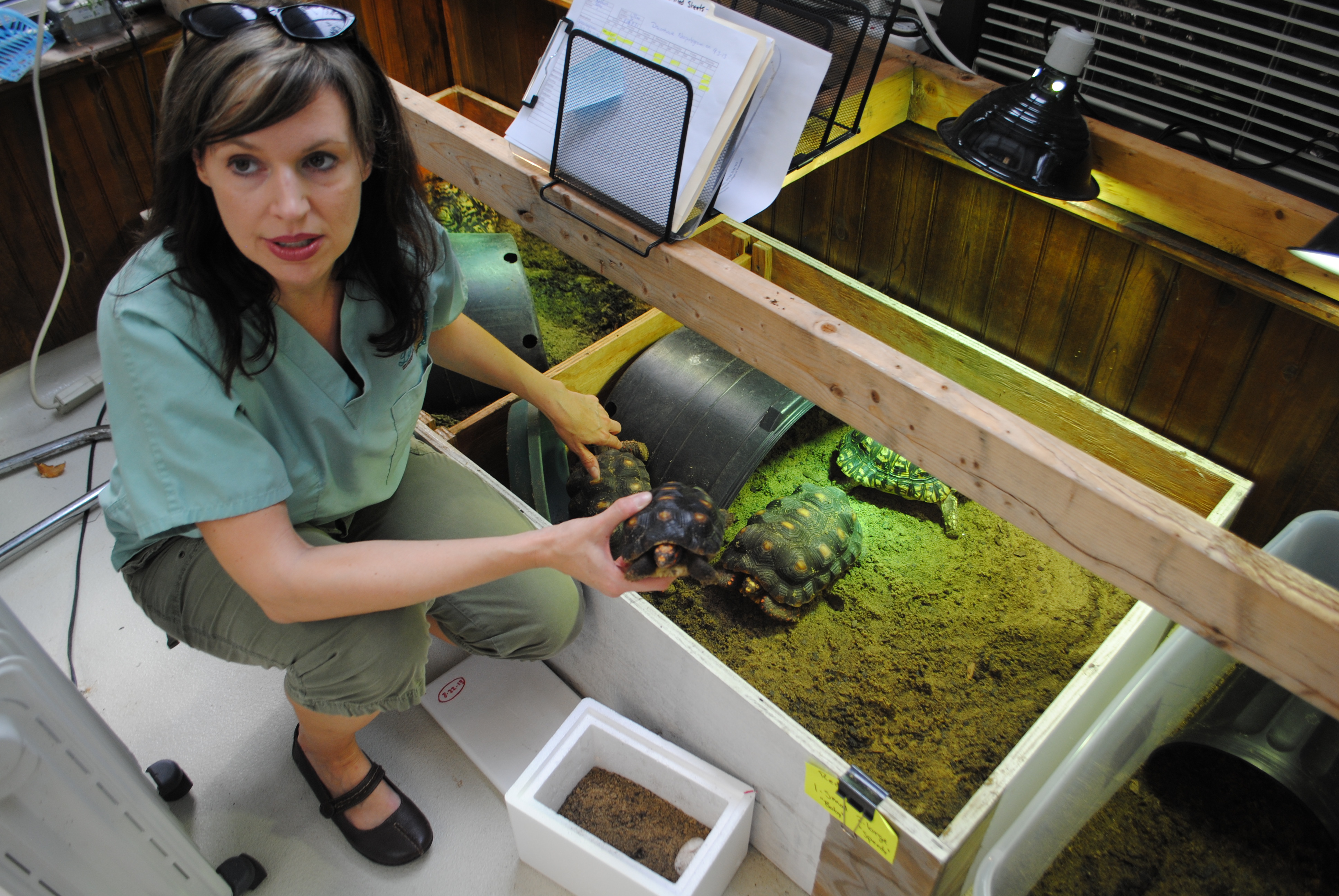 Five tortoises are being rehabilitated by the Virginia Living Museum after being rescued from a fire at the Driftwood Aquatics Pet Store in Tappahannock on July 30th.

The tortoises were originally rescued by the Wildbunch Wildlife Rehab Refuge in Warsaw but were turned over to the museum on August 3rd after the animals did not improve.

“They were all black, covered with creosote, and suffering from smoke inhalation when they arrived,” said museum Medical Coordinator Linda Addison.

Staff, volunteers and local vets stayed and worked until 1 a.m. on Saturday, Aug. 3, to set up an ICU for the tortoises and provide initial care.

Staff members and two volunteer veterinarians bathed the tortoises to remove the soot, administered nebulization to clear their lungs, put medicine in their eyes, and hand fed them.

“Our staff, volunteers and consulting vets did a great job stepping up to the plate on a Saturday night to save these traumatized reptiles,” said Curatorial Director George Mathews, Jr.

All five will need continued monitoring and care because they will be susceptible to lung infections and pneumonia.

The tortoises will eventually be distributed to area veterinary offices. Some may stay at the museum as ambassadors of their species.