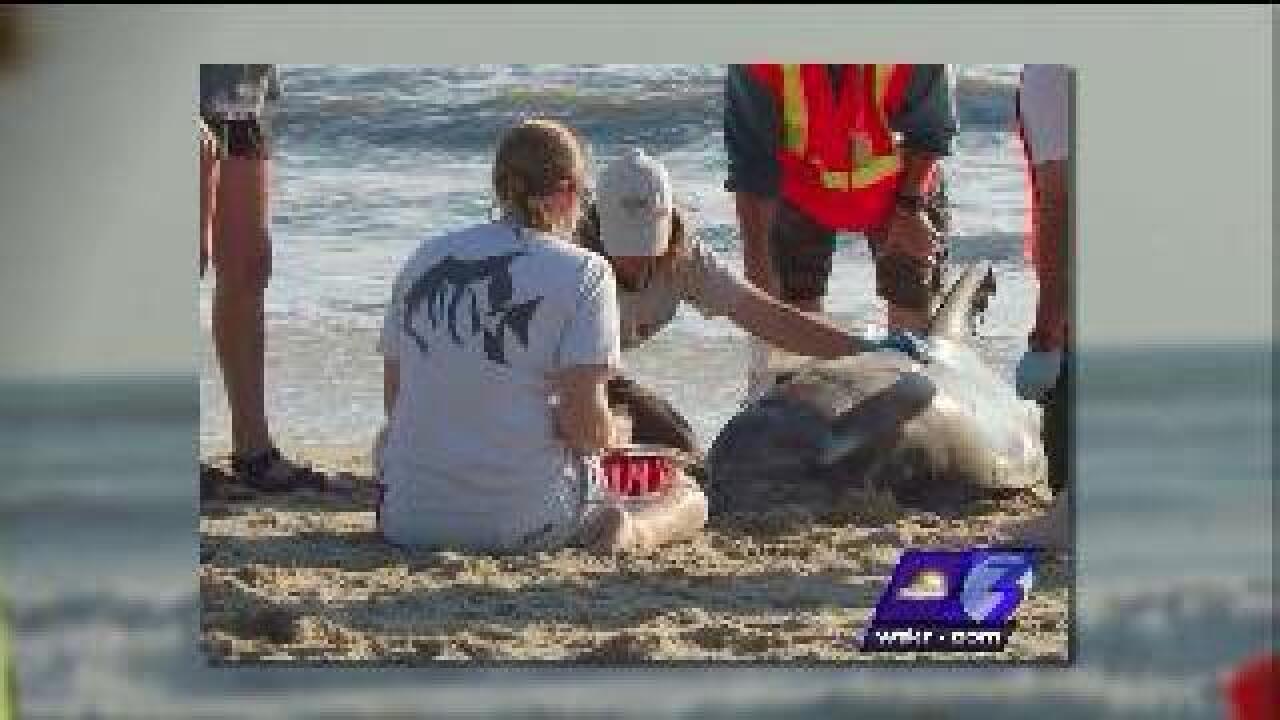 Corolla, N.C. (WTKR) - More and more dolphins are being found stranded on the beaches of the Outer Banks, following an unprecedented year for dolphin deaths in Virginia.

More than 200 dolphins have washed up in Virginia in 2013 and NOAA believes an infectious virus called morbillivirus is to blame.

In North Carolina, the Outer Banks Marine Mammal Stranding Network had responded to 32 stranded dolphins during the month of August as of Friday.

"About mid-August, we started to get strandings pretty much 1 or 2 a day," explained Karen Clark with the Outer Banks Center for Wildlife Education. "They've ranged pretty much from all the way up to the Carova state line area and then down pretty much to Waves, Rodanthe, Salvo area."

Clark admits that as busy as they already have been responding to strandings in August, this is likely just the beginning of what will be a busy few months.

"Our anticipation based on the '87-'88 is that unfortunately, even though we feel like we've been pretty busy, that is probably just the beginning of what our coastline is going to see," Clark stated.

The experiences of stranding teams in Virginia have allowed responders like Clark and others on the Outer Banks to prepare in advance.

If you find a dolphin on the beach, the best thing to do is to not touch it but rather call the stranding response team in your state.

In North Carolina, the Outer Banks Marine Mammal Stranding Response Team can be reached at (252) 455-9654.

In Virginia, the Virginia Aquarium and Marine Science Center Stranding Response team can be reached at (757) 385-7575.