Newport News, Va. - Newport News Fire units were on the scene of a fire in the 300 block of Boulder Drive. 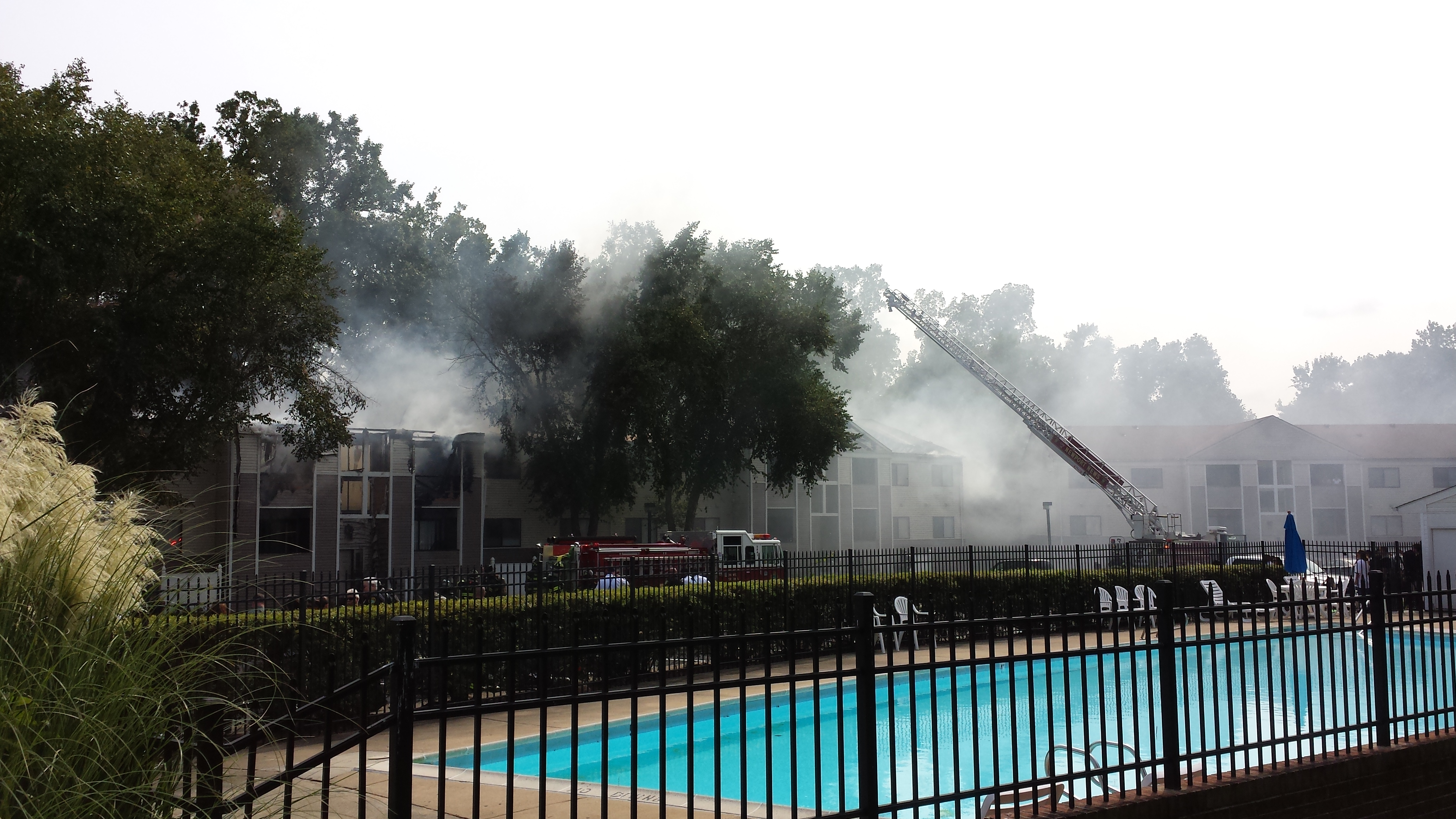 According to the Newport News Fire Department, crews arrived at 2:20 p.m. and found smoke and flames at an apartment building and the second floor of the three story building was fully engulfed in flames.

The 12 apartment units in the building were searched for occupants and fire attacks were made with two aerial trucks and multiple ground hoses.

Two people were injured during the blaze — one suffered burns from embers while another, an occupant found in a lower-level apartment, suffered from smoke inhalation.

One of the injured people was transported to the hospital.

Investigators say they sifted through the debris at the fire and found nothing conclusive as to the cause and origination of the fire. As a result, it has been ruled "undetermined."

The Red Cross will assist any displaced residents. As many as 17 units may be condemned.