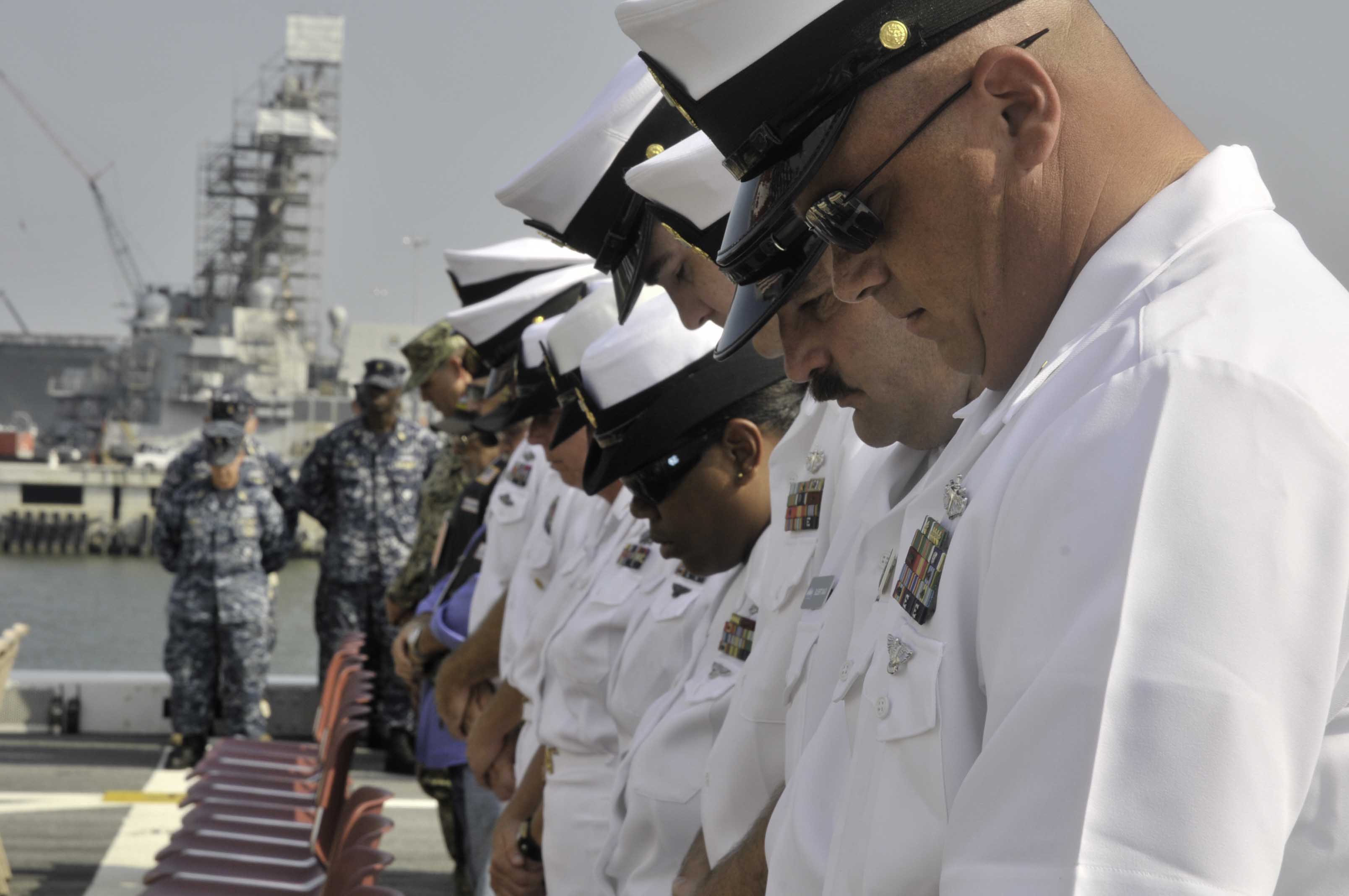 Both ships were built in honor of those who lost their lives during the tragedy in 2001.

The USS New York has steel from the World Trade Center in its bow and the Arlington pays tribute to the home of the Pentagon in Arlington, Va.

“I have an amazing crew aboard Arlington and it’s heartwarming to hear some of the stories from the Sailors about that day and how it affected them,” said Cmdr. David Nelson, Arlington commanding officer.