(CNN) -- A Boston-area man, who was planning to kidnap children, lock them in a basement dungeon, rape and eat them, should be imprisoned for at least 27 years, federal authorities said in court documents filed this week.

Geoffrey Portway pleaded guilty in May to distribution and possession of child pornography and solicitation to commit a crime of violence, according to court documents. He is scheduled to be sentenced on September 17.
"Portway has pled guilty to some of the most vile and heinous crimes known to our society," federal prosecutors wrote in a sentencing recommendation.
But a lawyer for the 40-year-old defendant told CNN his client "lived in a fantasy world" and there was no evidence he harmed any child.
Portway went by the moniker "Fat Longpig" during his online chats, according to court documents. It was these chats that put Portway on the radar screen of police.
When his home in Worcester was searched last year, authorities found tens of thousands of computer images and videos of child pornography and 4,500 exchanges of child pornography between Portway and the people he chatted with online. The images included children being cooked and prepared to be eaten, court documents said. Those photographs are sealed.
Authorities also found a locked basement, court documents show. Photos taken the day of Portway's arrest, and released by prosecutors, show a narrow wooden staircase leading downstairs to a soundproof room.
It was furnished with a metal cage with a circular hole for feeding, a rusted and worn steel-topped table, as well as multiple kinds of metal bondage equipment. A child-sized coffin made of plywood was found on the floor nearby.
Portway's lawyer, Richard J. Sweeney, told CNN that Tuesday's sentencing hearing will be "the proper time to address all the issues addressed by the government." But he added, "There's no evidence at all of Geoffrey being involved with any child or harming any child."
"Geoffrey lived in a fantasy world where he did live-action role playing, did things online unrelated to child porn and cannibalism. A lot of the chats that he had were, in his mind, fantasy," Sweeney said. "When they went out to the other people he was talking to, these other people actually had kids they were taking photos of. Geoffrey did not have any kids he had abducted, though he certainly talked about it."
Photographs reviewed by CNN show handcuffs, rope intended for bondage, mouth gags, and castration tools. A large box of frozen raw chicken, near a handful of disposable scalpels, was photographed by investigators near two industrial-sized freezers.
In the kitchen, a jug of bleach was seen by the doorway, while a red child-sized "onesie" lay on the countertop, amid snacks and disposable syringes. A butcher kit containing plastic gloves, multiple knives and other items was photographed in the sink.
Among a DVD collection, the documents show, were titles such as "Human Beast," "Hansel and Gretel," "The Real Cannibal Holocaust," "The Genesis Children," "Cannibal the Musical," and "Cannibal Ferox," a film with the tagline "Make them die slowly."
Online chats, seized by police, showed Portway call his basement a "dungeon" where he intended to "keep kidnapped children while he sexually abused them and as a place to eventually murder and cannibalize the children."
Two other men who chatted with Portway have already been convicted.
One was a puppeteer who, authorities say, plotted with Portway to kidnap children the puppeteer knew from his work at a local Florida church.
"Portway's collection is truly chilling and demonstrates a real risk based upon which the Court should sentence Portway to a substantial term of years in order to protect the public," prosecutors said. 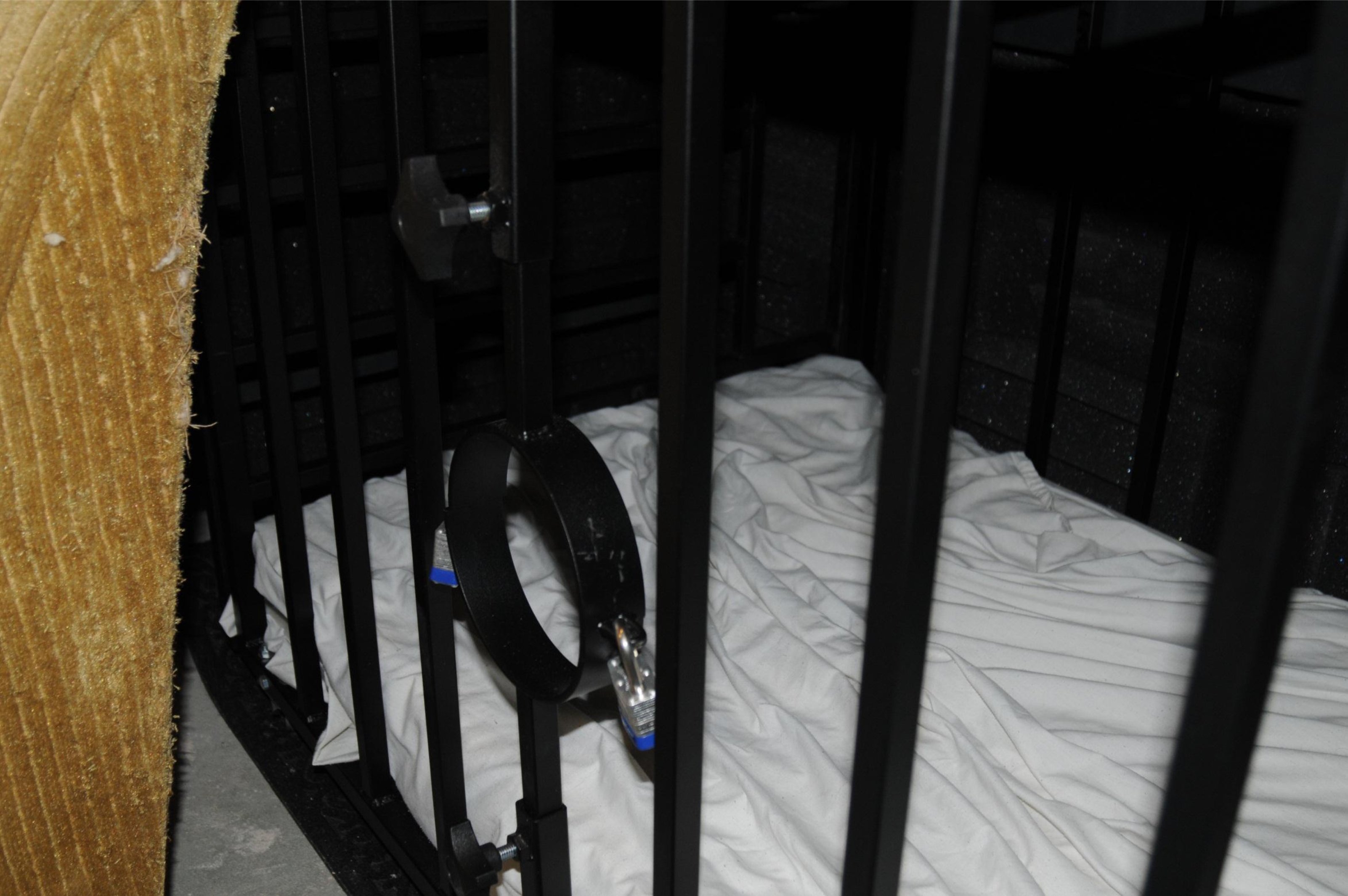