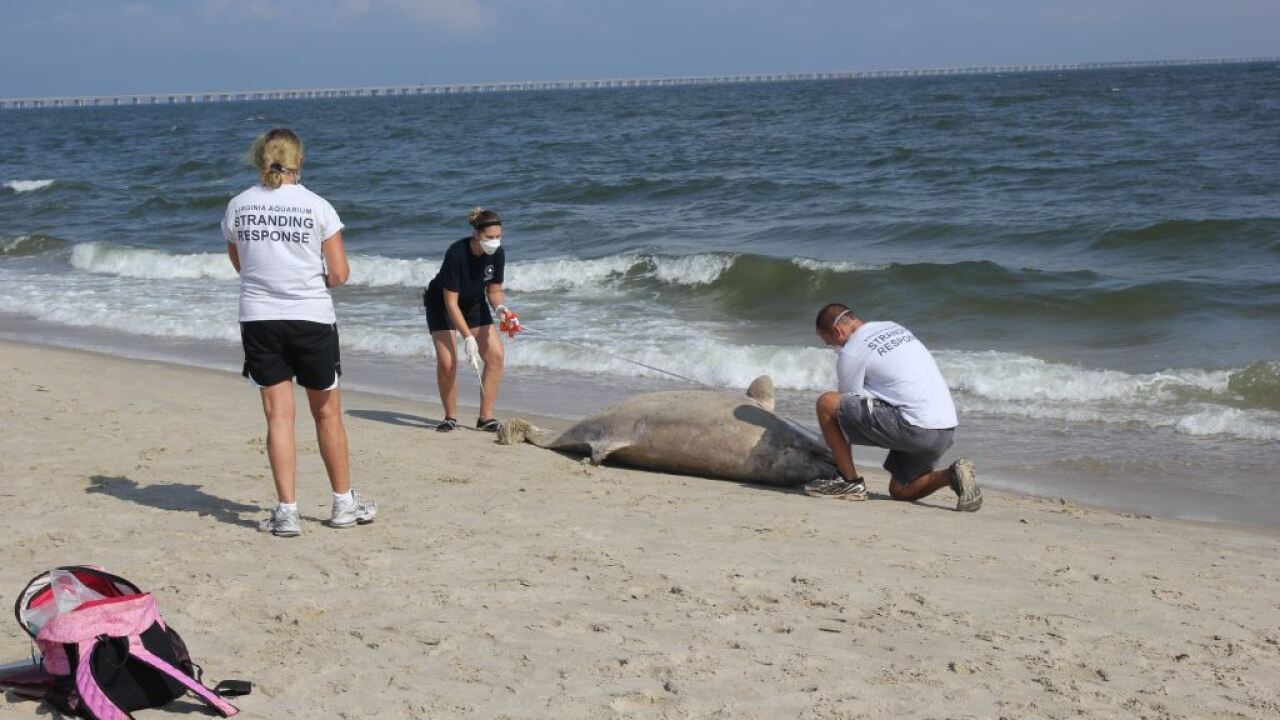 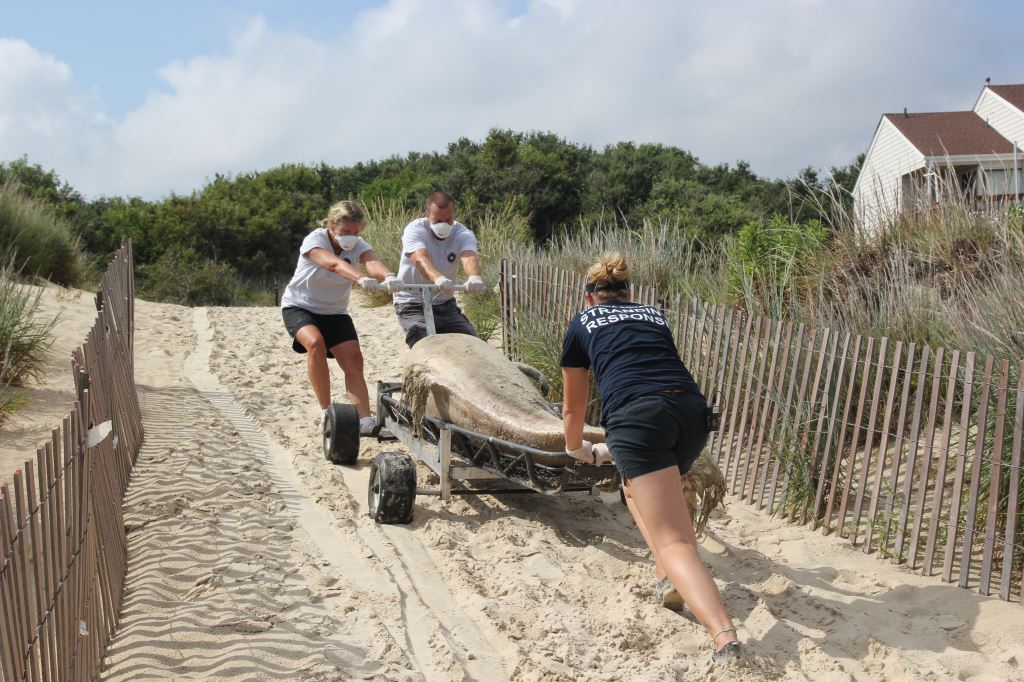 Mortality numbers of dolphins in Virginia continue to rise, outpacing yearly averages from the last 25 years.

Over the weekend, the total of deceased dolphins recovered by the Virginia Aquarium and Marine Science Center’s Stranding Response Team reached 300.

The average rate of annual recovery for the past 10 years has been 65.

NOAA Fisheries declared on August 8th that the dolphin deaths were likely due to a morbillivirus.

Similar to measles in humans and distemper in canines, the virus was also responsible for 750 dolphin deaths in 1987-88.

The virus can spread between dolphins through close air-borne or physical contact but does not affect humans.

Stranding Response staff are working to collect dolphins from the populated beaches as quickly as possible, but warn the public, as with any dead wild animal, do not touch and please wash hands thoroughly if you come in contact with a stranded animal. Residents are asked to call the Stranding Response 24-hour hotline at 757-385-7575 with the exact location of any stranded or dead dolphin, and to be patient as they may not be able to respond immediately.