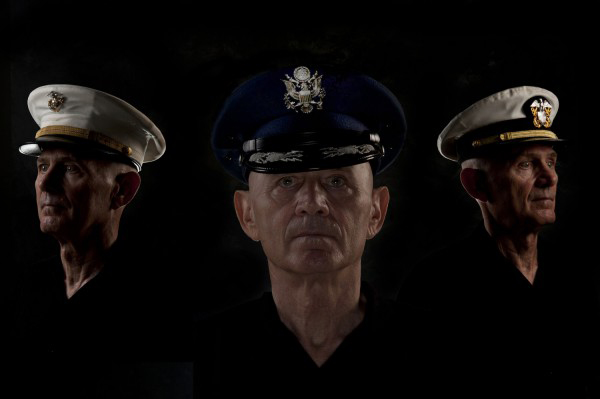 Retired Air Force Col. (Dr.) James A. Ruffer has been awarded a Bronze Star for Valor after serving in three branches of the military, being involved in a war and two conflicts, providing care for a U.S. hostage for nine months in a foreign country and giving vital information that led to an Army “Delta Force” extraction.

According to the U.S. Marine Corps, Ruffer was getting ready to attend medical school when the Vietnam War began.

He put his medical school dreams aside and went to a Marine recruiter with the intent of becoming an officer, and shortly after commissioning, he attended flight school.

Ruffer was chosen out of 388 Navy and Marine pilots for a lone fighter pilot position and was quickly thrown into the “fire” in Vietnam, providing close air support for his fellow Marines on the ground.

Ruffer served five years as an active duty Marine then six years in the Individual Ready Reserve, where he was finally able to attend medical school.

He was not offered a position with the Marines after he earned his medical degree so he ended up joining the Navy as a flight surgeon.

Ruffer claims his greatest accomplishment in the Navy was a day in the emergency room where he delivered eight babies in 24 hours.

“That day was a handful,” he said. “I was running around taking care of patients and pregnant women kept coming in. In those days, if you were due, you went into the base emergency room. It truly was a blessing to be a part of bringing those children into the world.”

Ruffer served with the Navy for six years before he left the military to become a civilian doctor. That lasted for only a few months before he missed military life. He called an Air Force recruiter and asked if the Air Force had any need for a doctor; joining his third service shortly after that call he was stationed at Edwards AFB, Calif.

Ruffer applied for an assignment in Panama and was chosen to become the deputy command surgeon for the United States Southern Command in the Republic of Panama.

During that time, U.S. civilian Kurt Muse was arrested and held in the Carcel Modelo Prison for transmitting an anti-Manuel Noriega radio station. The American was beaten and interrogated so Ruffer was sent in to the prison by the Department of Defense to ensure he was still alive and to try and stabilize him.

“I have never seen a man be made into nothing,” Ruffer said. “When I started treating, him I couldn’t stop praying for him.”

He was debriefed by Delta Force members and commanders on the captive’s condition each day. He made the commanders aware he needed to see Muse as much as possible. Ruffer went back to the prison the next day and talked to the captors and negotiated treatment sessions for Muse.
“Every other day for as long as you have him,” Ruffer demanded of the captors.
The prison guards saw it his way and granted him access to Muse for the next nine months. Ruffer worked with Delta Force intelligence officers discussing the prison’s floor plans to include where the guard shacks were, how thick the cells were, if the prisoner would be strong enough to get out, and if he would be willing to risk escaping.

After the discussion, Ruffer was sent to an Air Force forward operating location as a consultant for “Chemical Casualty Medical Management” to the Tactical Air Command and served as an air transportable clinic commander.

After completing his six month deployment, Ruffer was soon transferred to serve as an emergency room physician at Royal Air Force Lakenheath, England, where he retired in 1995, but his time in the military still didn’t feel complete.

“I never sought medals in my career; it was always about the mission and country before self- glorification but something was missing,” Ruffer said. “I always felt I should have received a medal for my efforts in Panama.”

Twenty three years after his part in the operation was declassified, Maj. Gen. Jeffrey Lofgren, United States Air Force Warfare Center commander, presented him with a Bronze Star for Valor with heroism.