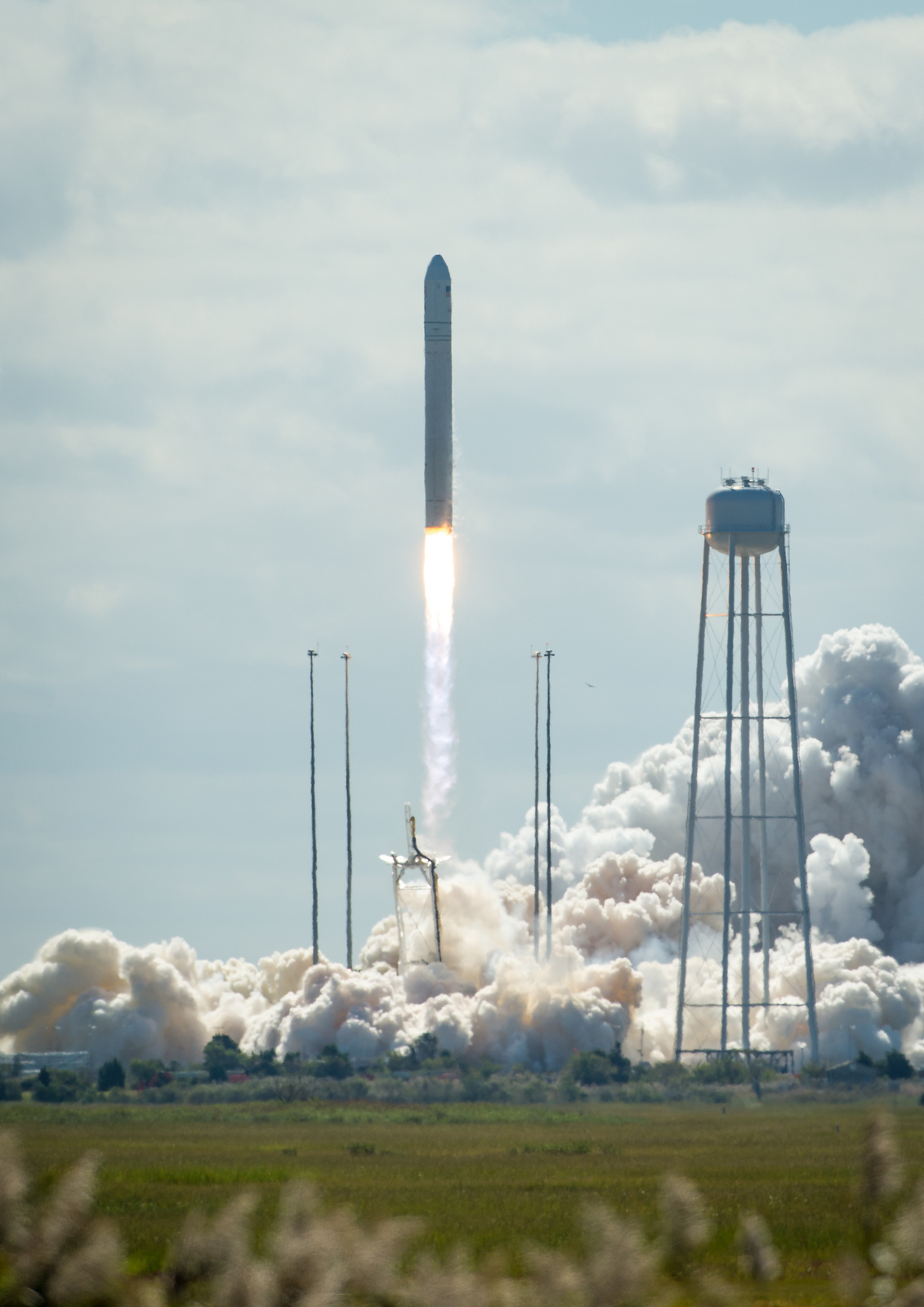 At 11:03 a.m., the rocket’s main engines shut off and the first stage of separation began.

At 11:08, the Cygnus spacecraft separated from the Antares rocket and started its journey to the International Space Station.

Watch: Time lapse of Antares rocket rolling to the launch pad at Wallops

Cygnus is the first spacecraft launched to the orbiting laboratory from Virginia. The spacecraft will deliver about 1,300 pounds of cargo, including food and clothing, to the Expedition 37 crew aboard the space station.

Future flights of Cygnus will significantly increase NASA’s ability to deliver new science investigations to the nation’s only laboratory in microgravity.

Orbital is the second of NASA’s two partners taking part in the agency’s COTS program. The goal of the program is to develop safe, reliable, and cost effective cargo transportation systems.

During Cygnus’ flight to the station, several of the spacecraft’s systems and capabilities will be tested. After the space station flight control team has verified the results of these objectives, the spacecraft will be cleared to approach the station several days after launch.

Cygnus will undergo more tests and maneuvers and ultimately will arrive beneath the outpost, where astronauts on board will use the station’s arm to capture the craft. They then will install it on the bottom side of the station’s Harmony module.