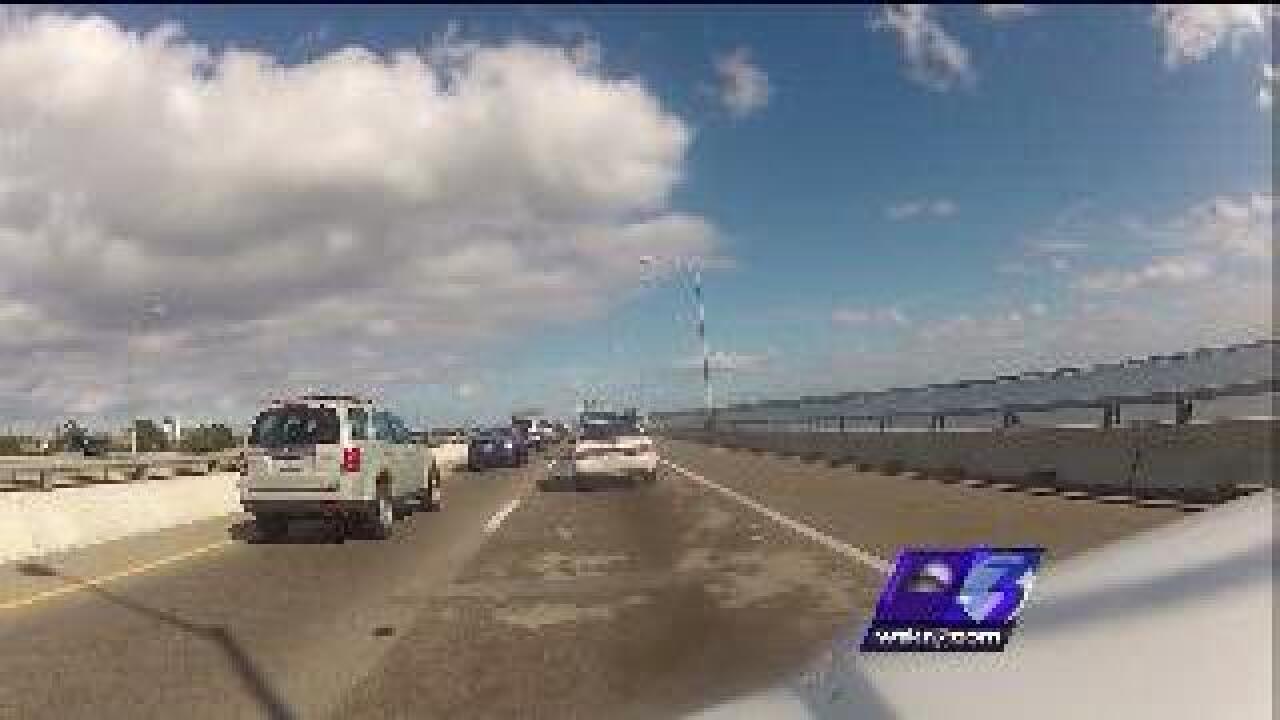 Uncle Sam came through, and now I-664 will be repaved.

The Virginia Department of Transportation received 57.3 million in bonus money to repave Virginia roads but Hampton Roads is only getting 4.5 million of it. That's the third least of any region in the state.

"As bad as the roads are around here, they could spend all of it here and they probably wouldn't get them all done," said Jim Riddle of Norfolk.

The money Hampton Roads received will go to I-664 and Route 13 in Accomack County.

What we received here is just a fraction of what other regions in the state received.
Northern Virginia got 18 million in the federal bonus money, Richmond 8.2.

Hampton Roads' small share is less than Bristol, Fredericksburg, and Salem, who all were given more than five million a piece.

VDOT says the decision on how it doled out the cash was need.

"That's ridiculous," Riddle said. "I mean those are the worst roads around here especially 64 between here and 264 and the base, they're terrible."

VDOT says a lot of the 52 million it received last year went towards improvements to Interstate 64 and 264.

"Where did they use it?" Riddle sarcastically asked. "I can't tell it."

"I'd seen holes all up and down here, you know what I mean and on the interstate, too," Alphonso Thomas of Virginia Beach said.

VDOT says that it's committed to improving the roads throughout the state. Drivers here just wish the money and the improvements that go along with it, would keep coming here every year.