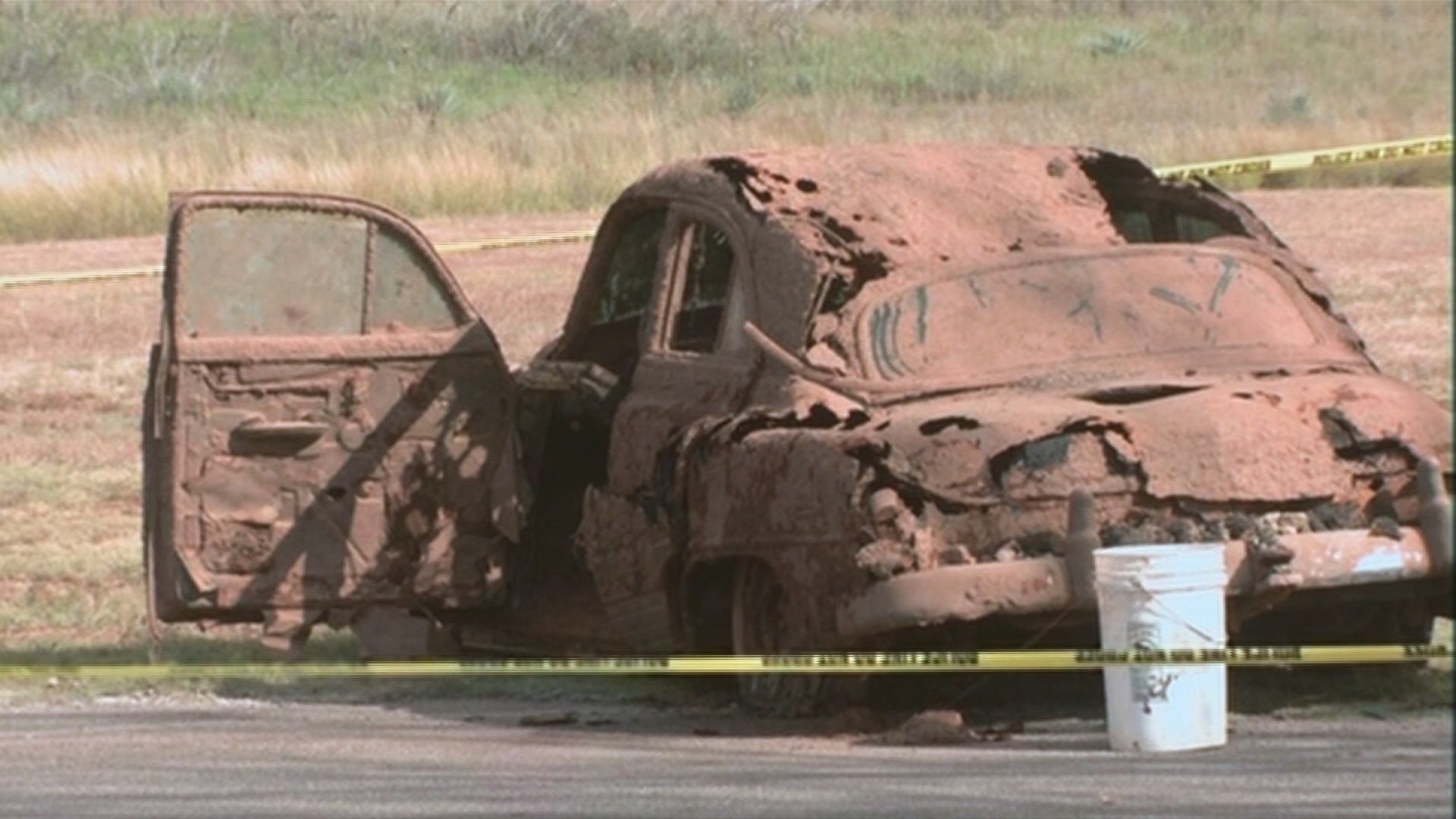 (CNN) — It’s a mystery more than four decades in the making. Two cars — rusted, caked with mud and carrying as many as six bodies — are pulled from the bottom of an Oklahoma lake.

According to CNN affiliates KFOR and KOCO, Custer County sheriff’s deputies weren’t looking for the cars Tuesday, but found them when Oklahoma Highway Patrol sonar equipment being used for another purpose revealed their location at the bottom of Foss Lake, a reservoir about 150 miles west of Oklahoma City.

Investigators say they believe one car may have belonged to a teenager who disappeared with two friends in 1970. The other car could be linked to the disappearance of a man in the early 1960s, media reported.

On Wednesday, investigators had recovered most of the remains from one vehicle and were expected by late morning to start working on the second vehicle, the Custer County sheriff’s office said.

The Oklahoma chief medical examiner’s office will examine the remains once they are removed from the vehicles and “will possibly try to match DNA of those remains with known surviving family members,” the sheriff’s statement said.

“There has been good response from the public in regard to this investigation which will allow for a good start for DNA testing,” the sheriff’s office said.

The Office of the Chief Medical Examiner cautioned Wednesday, however, that positive identification could take years. The office’s anthropologist will examine the remains.

“Scientific identification of these remains will be attempted using anthropological and if necessary, forensic pathological methods,” Chief Administrative Officer Amy Elliott said in a written statement. “Depending on the features of these remains and their state of preservation, identification can take anywhere from days to years. In some cases, if the DNA is degraded, positive identification using scientific means may not be possible.

“This is a very detailed and meticulous process that may take some time,” Elliott said.

Debbie McManamman said she believes the older car, which appears to be a 1950s-era Chevrolet, contains the remains of her grandfather, KFOR reported. The station didn’t name the man, and Custer County authorities told CNN early Wednesday that Sheriff Bruce Peoples wasn’t available for comment.

“We never gave up, we always wanted some clue that somebody knew something,” McManamman told the station.

“It’s been very traumatic — I can remember my dad having dreams at night and getting in the car as soon as he was off from his day job, taking my mom, and they would look and look and look — any trace,” McManamman said.

Peoples told KOCO on Tuesday that the other car, a 1969 Chevrolet Camaro, may have belonged to 16-year-old Jimmy Williams, a Sayre, Oklahoma, teenager who disappeared in 1970 with two friends: Thomas Rios and Leah Johnson, both 18.

“Everybody’s just talking about it, you know, can’t believe after so many years we’re finding those vehicles in a lake,” she told the station.

The three teenagers went missing the night of November 20, 1970, when they went for a ride around Sayre in Williams’ blue Camaro with a white top, according to the Doe Network, a volunteer organization helping law enforcement in solving cold cases.

Williams was supposed to be going to a football game in Elk City, but he may have instead gone hunting on a road called Turkey Creek with Rios and Johnson, the Doe Network website said. The website includes photos of the Camaro and cites Williams’ family as its source of information.

One anonymous tipster suggested the car could be in a river in an area called Markham Ferry in eastern Oklahoma, but nothing apparently came of the tip, according to the network’s website.

Peoples told KOCO that he hoped the discoveries could help put families at ease about what happened to their loved ones so many years ago.

“It has real importance to the families to determine, so they can have closure and know what happened to their families and have remains and to go on with life now,” he said.