The White House announced this week that former Army Capt. William Swenson will receive the Medal of Honor for his brave actions during a deadly ambush in Afghanistan over four years ago.

Captain Swenson will be the sixth living recipient to be awarded the Medal of Honor for actions in Iraq or Afghanistan. President Obama will present the award during a ceremony at the White House on October 15th.

The Washington State native will be honored for risking his life above and beyond the call of duty on Sept. 8, 2009, during combat operations against Taliban insurgents in Kunar Province, Afghanistan.

"It's a monumental event for me, for my family and for my teammates," Swenson said after receiving word directly from Obama. "This day also means a lot to those I served with."

During his second tour in Afghanistan, Swenson served as an embedded adviser with the Afghan Border Police Mentor Team in support of 1st Battalion, 32nd Infantry Regiment, 3rd Brigade Combat Team, 10th Mountain Division. He was tasked with mentoring members of the Afghan National Security Forces.

On the morning of the attack Swenson and his team moved on foot into the rural community of Ganjgal for a meeting with village elders. He and his team were ambushed there by more than 50 well-armed, well-positioned insurgent fighters.

As the enemy unleashed a barrage of rocket-propelled grenades, mortar and machine gun fire, Swenson returned fire, coordinated and directed the response of his Afghan Border Police soldiers, and simultaneously tried to call in suppressive artillery fire and aviation support.

After the enemy effectively flanked Coalition Forces, Swenson repeatedly called for smoke to cover the withdrawal of the forward elements. Surrounded on three sides by enemy forces inflicting effective and accurate fire, Swenson coordinated air assets, indirect fire support and medical-evacuation helicopter support to allow for the evacuation of the wounded. 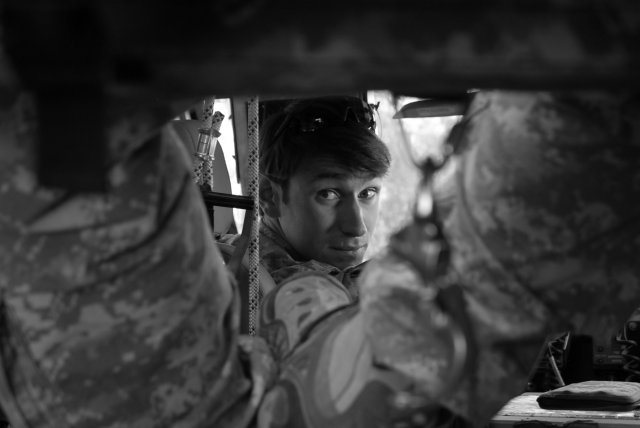 After using aviation support to mark locations of fallen and wounded comrades, it became clear that ground recovery was required due to the proximity of heavily-armed enemy positions to potential helicopter landing zones.

With complete disregard for his own safety, Swenson voluntarily led a team into the kill zone, exposing himself to enemy fire on three occasions to recover the wounded and search for missing team members.

Returning to the kill zone a fourth time in a Humvee, he exited the vehicle, evaded a hail of bullets and shells to recover three fallen Marines and a Navy corpsman, working alongside then-Marine Corps Cpl. Dakota Meyer, who on Sept. 15, 2011, received the Medal of Honor for his own actions in the battle.

After six hours of continuous fighting, Swenson rallied his teammates and effectively disrupted the enemy assault.