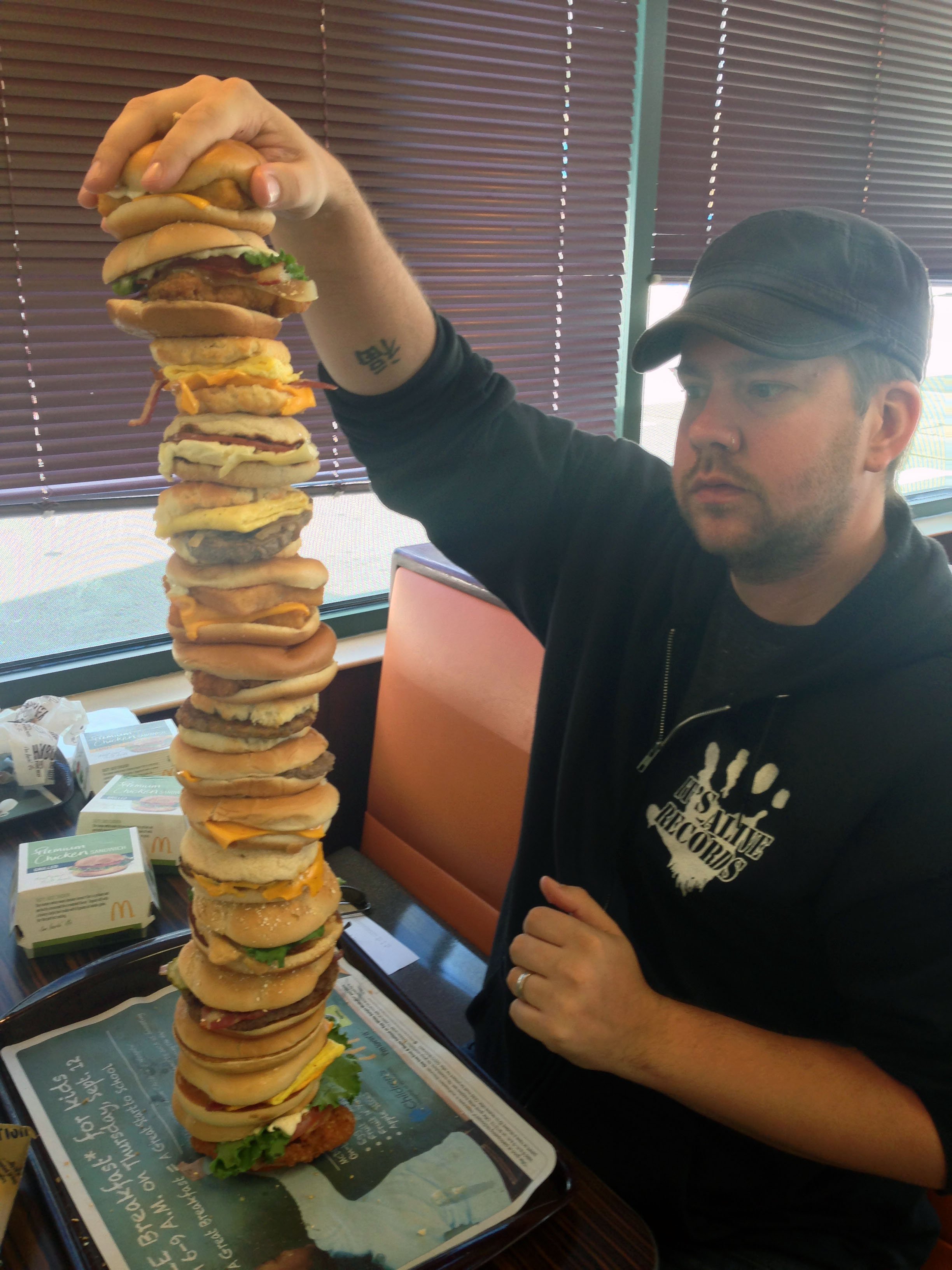 (CNN) — Craving McDonald’s and willing to spend $141.33? A McEverything it is, along with a Diet Coke to wash it all down.

Nick Chipman, 32, purchased one of every breakfast and lunch sandwich at a McDonald’s in Wauwatosa, Wisconsin, to make a “McEverything.”

Chipman’s large order shocked McDonald’s workers. “They were like, are you seriously going to eat all this?” he said. But his family wasn’t surprised. “They are kind of used to my ridiculous food creations by now,” he added.

To keep the gigantic McEverything together, Chipman used “lots and lots of bamboo skewers.” Then, he disassembled it and filled up his fridge with enough sandwiches for about another three days.

When asked about Morgan Spurlock’s film “Super Size Me,” which shows a man following a McDonald’s diet for a month, he said, “That documentary had an adverse effect on me. It doesn’t affect me the way that everyone else I know got affected by it.” Instead, he craved McDonald’s.

Of his idea, he said, “People either think it’s hilarious or hate it.” He added, “It is the same as going to the grocery store and buying food for seven days.”

Thankfully, Chipman doesn’t have to worry too much about a gym membership after finishing the McEverything. “The owner of the place where my wife works pays for (employees’) gym memberships, and he pays for mine, too. He just assumed, ‘Hey, you need to go to the gym.’ ”

What else is on his bucket list? About 50 other food items. “I think my next plan is to make some custom giant tortilla. Get one of everything at Taco Bell and make a giant burrito; wrap everything up in a tortilla.”