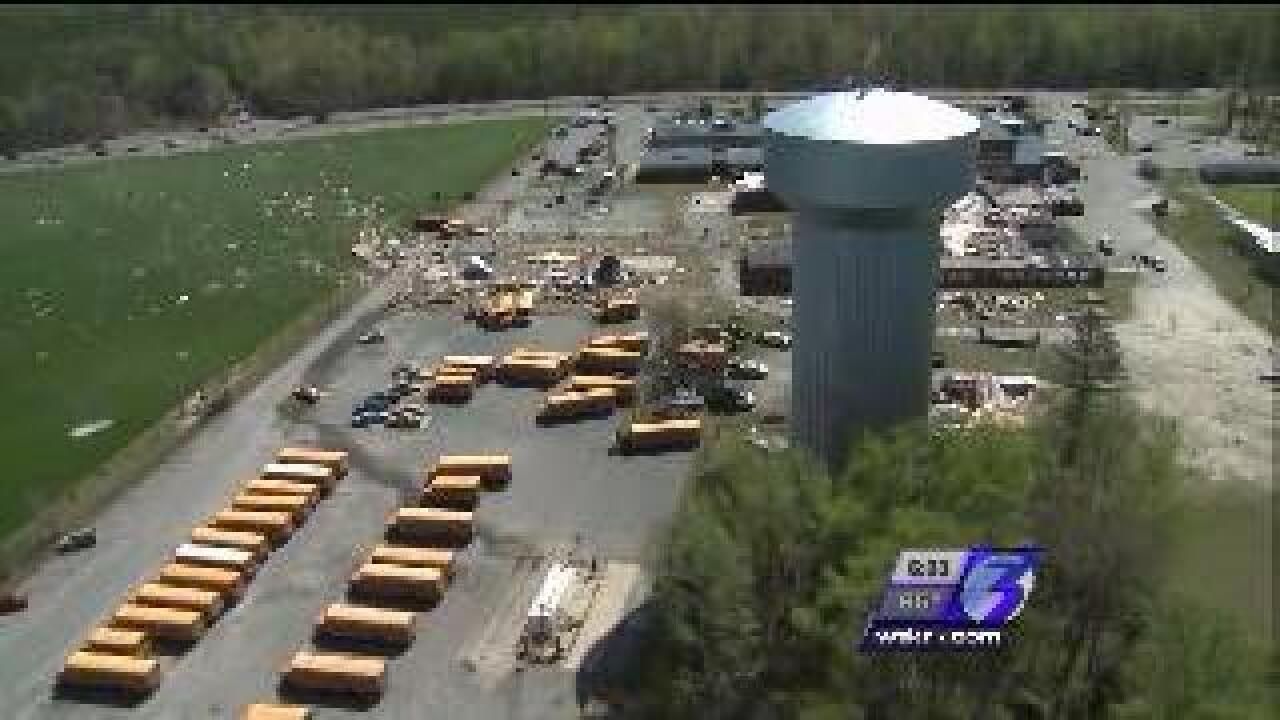 The Gloucester County School Board held a groundbreaking ceremony for construction of the new Page Middle School.

The new school replaces the one destroyed by a tornado nearly two years ago.

Luckily, it happened on a Saturday and students and staff were at home when a tornado destroyed Page Middle School two years ago.

Now county officials are finally breaking ground on a new one.

Aerial footage shows the devastation after the April 2011 twister.

The EF2 tornado not only flattened the middle school, but damaged more than 150 homes when it tore through the county.

Two people died and 60 were injured after the tornado traveled more than eight miles.

School officials then had to find a place for more than 400 students.

For the last two years, students have been taking classes in the nearly 30 trailers parked outside Gloucester High School.

Since the tornado left that trail of destruction, Page Middle School students have taken action to help other schools affected by natural disasters, especially those in the midwest.