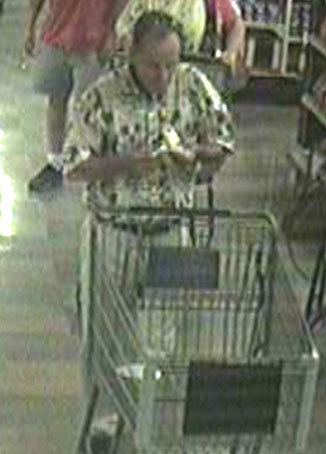 York County, Va. – A man is wanted in York County after using a strange excuse involving a dead mom to rip off the Food Lion in the Washington Square shopping center.

On the morning of September 1st, the man called the manager of the Food Lion claiming to be the fire chief from a nearby city. The man said he had purchased several cans of Ensure protein supplement for his elderly mother who recently passed away and wanted to know if he could return them without a receipt.

The manager said the man could return the items as long as they were not expired. Later that afternoon the man returned the items and received a refund.

A check of the store’s inventory and review of surveillance camera footage revealed the man actually entered the Food Lion with an empty shopping cart at 1:15 pm and appeared at the Customer Service counter at 1:21 pm with the Ensure.

Anyone who recognizes the man is asked to call Crime Line at 1.888.LOCK.U.UP.