(CNN) — Aaron Alexis, the man who went on the deadly shooting rampage at the Washington Navy Yard, was under the “delusional belief that he was being controlled or influenced by electro-magnetic waves,” the FBI’s Valerie Parlave said Wednesday.

Parlave, assistant director in charge of the FBI Washington Field Office, said Alexis acted alone and there was no evidence he was targeting particular people.

Alexis, who was 34, went on the rampage September 16, killing 12 people and wounded several others. Chilling video released Wednesday shows Alexis running through hallways with a sawed-off shotgun. He also gained access to and used a Beretta pistol during the shooting.

The investigation indicates that Alexis “was prepared to die during the attack and that he accepted death as the inevitable consequence of his actions,” Parlave said, citing electronic media recovered from the shooter’s belongings.

Phrases were also scrawled onto Alexis’ shotgun, Parlave said. They read: “End to the torment,” “Not what y’all say,” and “Better off this way.”

He also wrote “My ELF weapon,” which is believed to be a reference to “extremely low frequency or ELF electro-magnetic waves.”

Also, the FBI said, a document retrieved from the shooter’s electronic media said: “Ultra low frequency attack is what I’ve been subject to for the last 3 months, and to be perfectly honest that is what has driven me to this.”

“ELF technology was a legitimate program for Naval sub-tonal submarine communications,” Parlave said. “However, conspiracy theories exist which misinterpret its application as the weaponization of remote neural frequencies for government monitoring and manipulation of unsuspecting citizens.” 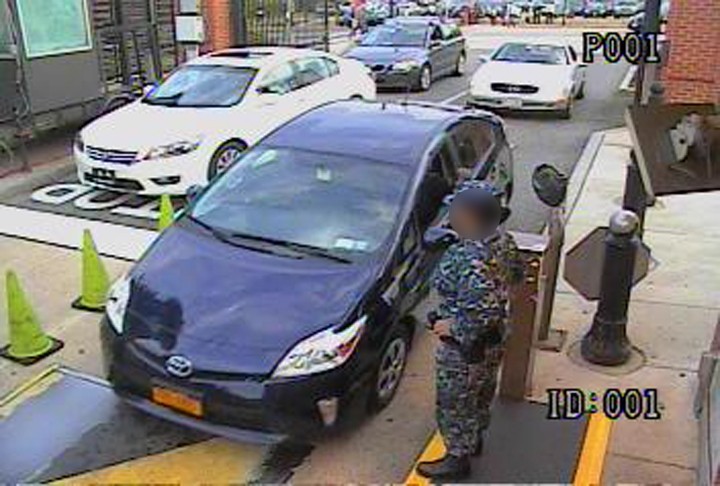