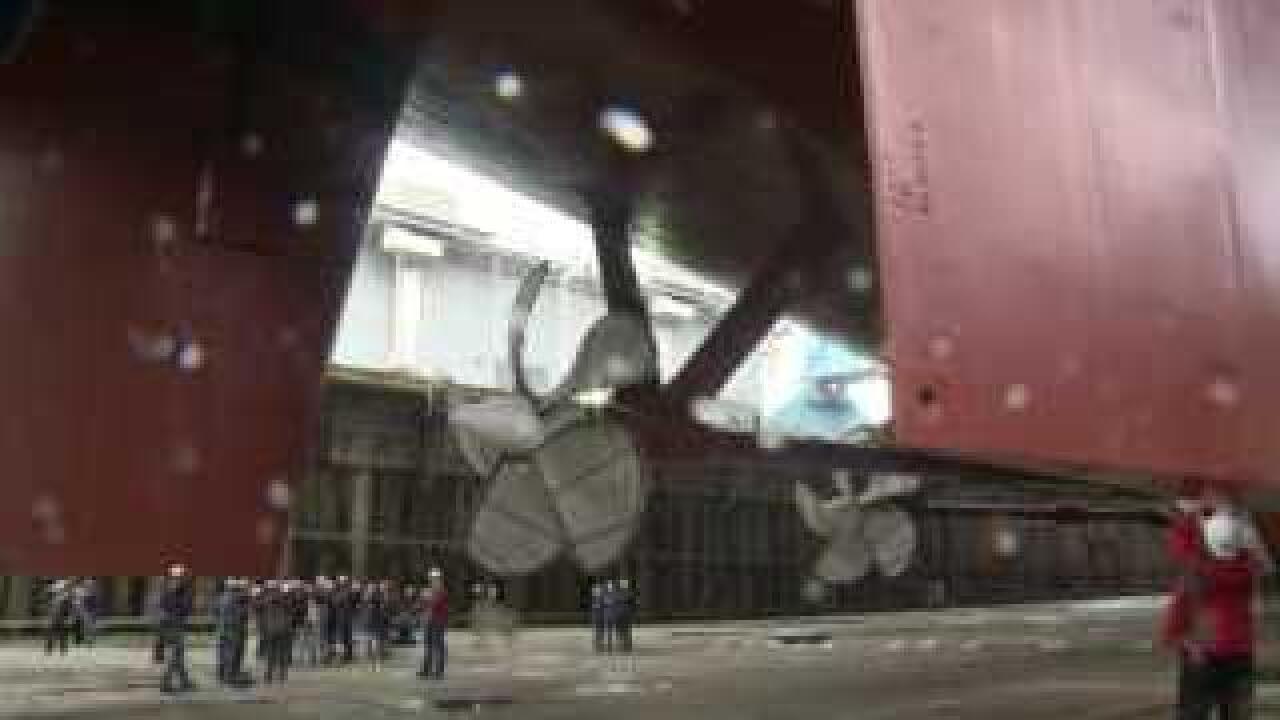 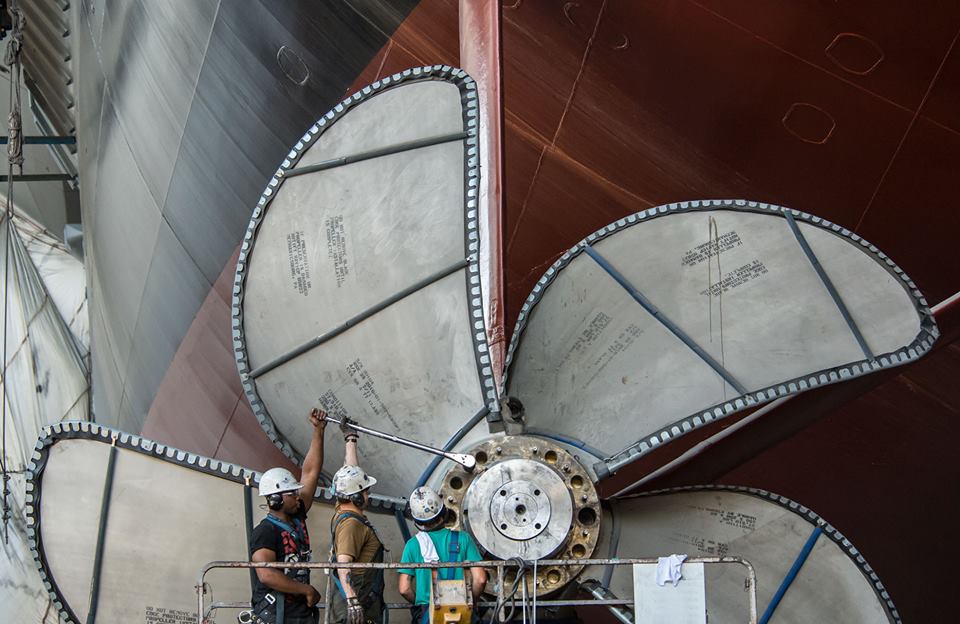 At 21 feet in diameter, each propeller spins to push the aircraft carrier through the water.

“Installation of the propellers culminates more than 10 months of focused work by numerous trades in support of installing the underwater shafting,” said Rolf Bartschi, NNS’ vice president, CVN 78 carrier construction. “The configuration of the blades, the weight of the propellers and the extremely tight tolerances required make this a challenging installation. I commend the rigging and machinery installation mechanics for a job well done.”

Gerald R. Ford’s primary hull structure reached 100 percent structural completion in May, bringing more than three years of structural erection work to a close. Work continues on the ship, including the piping and electrical systems and the habitability areas such as the galley and mess spaces.

The ship’s christening is scheduled for Nov. 9.