Chicken nuggets are a favorite among children, however many people have no idea how much chicken is in a chicken nugget.

The findings were published in the American Journal of Medicine.

The remaining 50 percent is a mix of fat, blood vessels and nerves.  Cartilage and pieces of bone were also thrown into the mix, as well.

In the study, researchers said chicken nuggets are okay to eat “only occasionally.”

The National Chicken Council insists nuggets are an excellent source of protein.

“We all know white chicken meat to be one of the best sources of lean protein available and encourage our patients to eat it,” Dr. Richard D. deShazo of the University of Mississippi Medical Center told Reuters. “What has happened is that some companies have chosen to use an artificial mixture of chicken parts rather than low-fat chicken white meat, batter it up and fry it and still call it chicken,” deShazo continued. 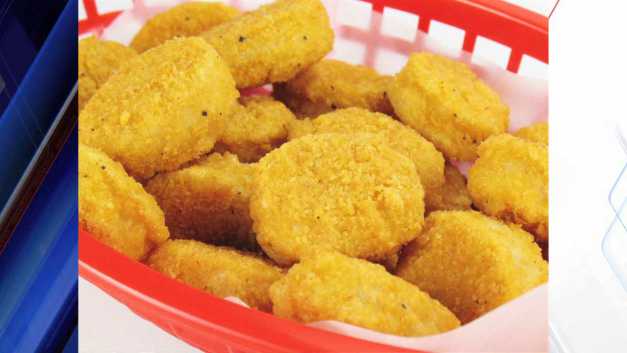