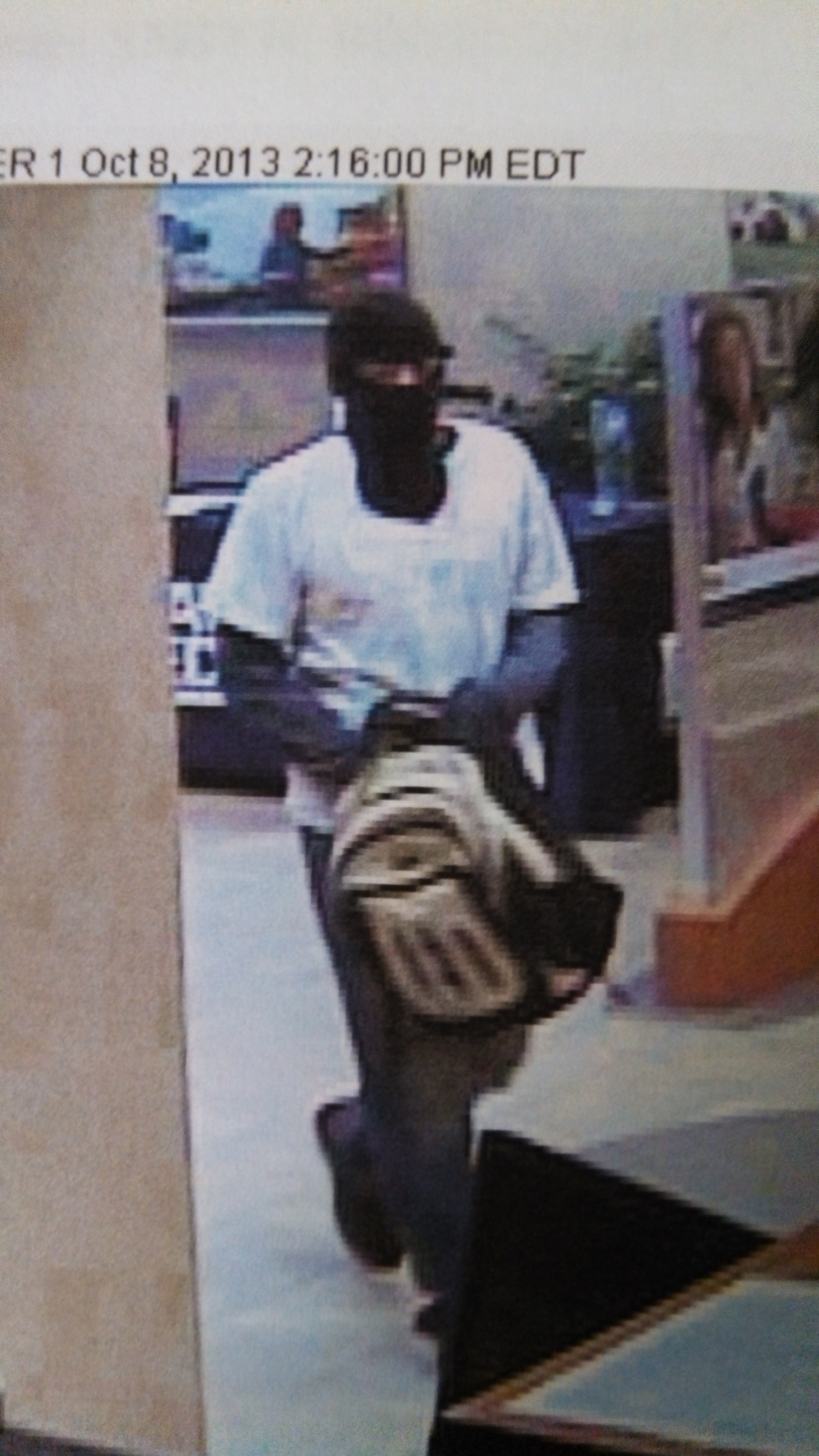 Police say the robber went into the bank around 2:17 p.m., brandished a firearm and demanded money. No one was injured.

He then left the scene on a bicycle with an undisclosed amount of money.

The suspect is described as a white male carrying a book bag, approximately 6’1” and was last seen wearing a white t-shirt over a long sleeve grey shirt and attempted to hide his identity by wearing a black ski mask.

Anyone with information that will assist police is encouraged to contact the Hampton Police Division at 727-6111 or the Crime Line at 1-888-LOCK-U-UP.