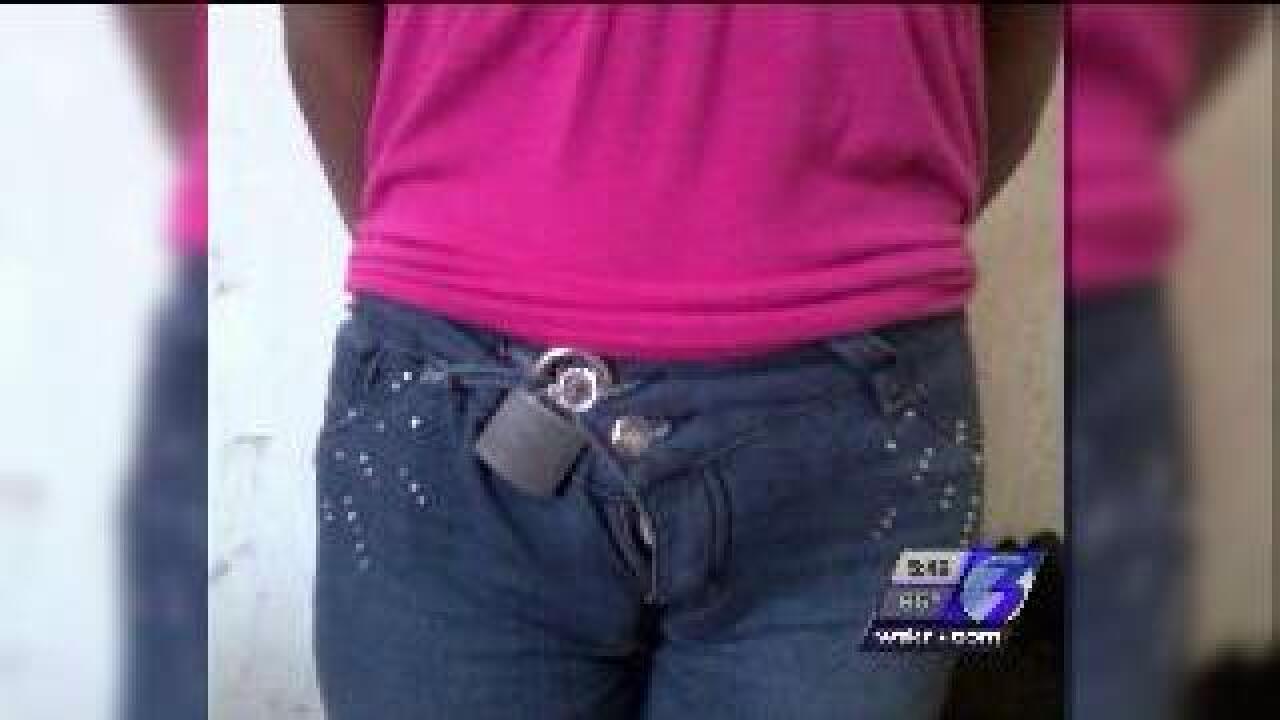 Police say a woman told them her boyfriend put a padlock on her pants so she wouldn't be unfaithful to him. Police say she couldn't take it anymore.

The 25-year-old woman, in excruciating pain after being unable to go to the restroom for several hours, went to police.

A padlock prevented her from taking off her blue jeans.

Authorities say the woman lives in an impoverished, rural community in the Mexican gulf state of Veracruz.

Police say the woman told them her lover had done this for years and that she was too afraid of him to grab some scissors and cut the jeans.

The police commander told CNN the man produced a key and admitted locking her up.

To the surprise of authorities, the woman refused to press charges once the man was detained. The suspect was still taken into custody on a misdemeanor charge, but released a few hours later. The following day, the suspect signed a statement promising to never again use a padlock against his girlfriend or abuse her in any other way.

Araceli Gonzalez is a women's rights activist in the state of Veracruz.

She says both the community and authorities failed the woman.

“She was a victim of a crime for 12 years and neither the community nor authorities did anything about it. On the other hand, reaction was only lukewarm and insufficient when the incident was reported. The handling of this case didn't follow the law. Nobody acted against the aggressor,” says Gonzalez.

State authorities say there's only so much they can do because the woman didn't press charges.

Gonzalez says that attitude gives a green light to abusers.

“It seems like authorities think that women can simply renounce their rights. It's like they're saying 'If she doesn't recognize the problem, we, as authorities, can't do anything about it,'” says Gonzalez.

Gonzalez believes her case is just one of thousands.

Most others, she says, go unreported, with the victims suffering in silence.