President Ford’s daughter, Susan Bales, pushed the button to initiate the flow of more than 100 million gallons of water into the dry dock.

According to Huntington Ingalls Industries, the flooding of the dry dock takes place in stages.

The dock is first flooded to its keel blocks where the ship has been supported during construction.

Once the dock is fully flooded and initial afloat testing is complete, the water is partially pumped back out so the ship can again rest on her keel blocks.

The ship will remain on the blocks until after the ship’s christening on November 9th.

The ship will be floated again about a week after the christening and moved to a pier for outfitting.

The ship is scheduled to be delivered to the Navy in 2016. 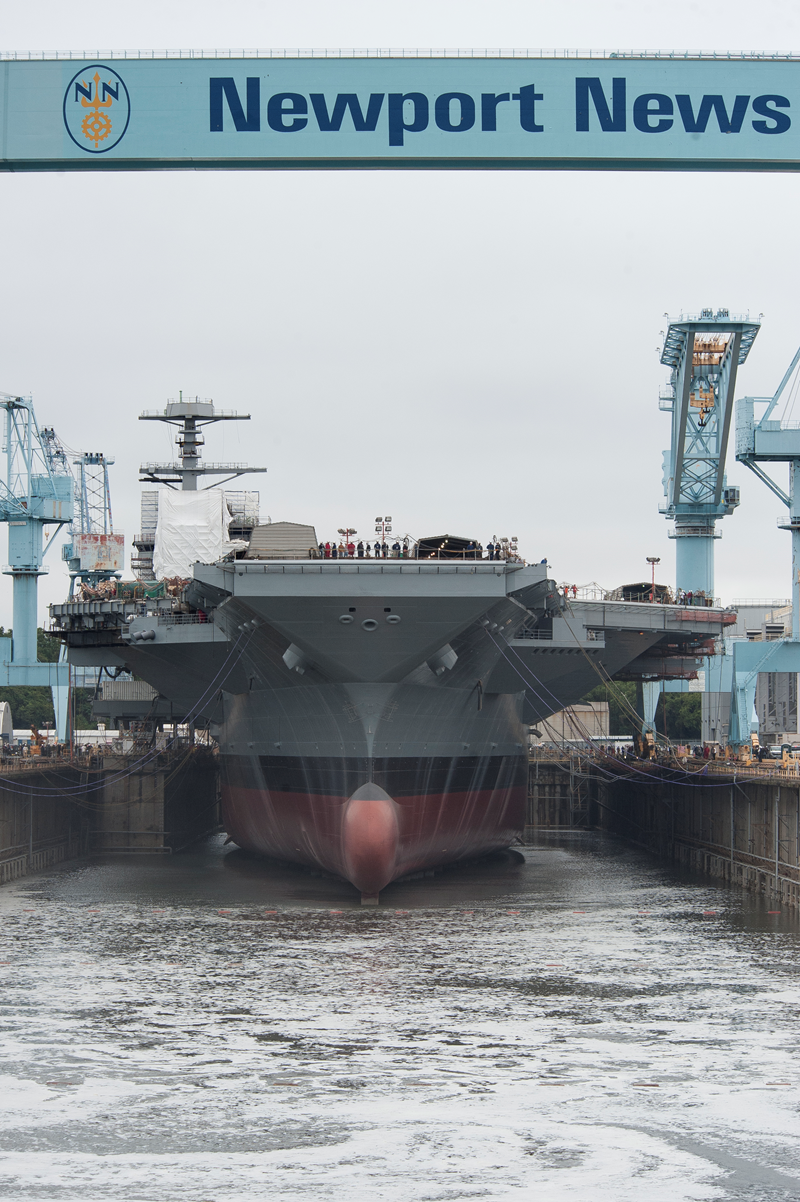