Reported “suspicious activity” at an Oklahoma City truck stop last week led deputies to one of the largest drug busts in the country.

Deputies with the Canadian County Sheriff’s Office found more than 40 pounds of meth, estimated to be worth about $2.3 million, in an SUV being hauled by a semi-truck.

According to KFOR, it wasn’t the truck that tipped off authorities, but a complicated story that law enforcement says didn’t make much sense.

Deputies started talking to the driver of the large load.

He told authorities he was hauling the white SUV which was registered in Colorado, picked up in Los Angeles and was on the way to Missouri.

The deputies asked to search the car in question and the semi driver agreed.

“Sure enough in the back of it there was a false compartment underneath the rear portion and there was 15 bundles of methamphetamine,” said Chris West with the Canadian County Sheriff’s Office. “It was basically 1.3 kilos per bundle.”

Officials said they don’t believe the driver knew what he was hauling.

He agreed to work with deputies and led them to a house in Missouri where they found more meth, guns and a substantial amount of cash.

There they arrested six people they said they believe are behind the drug operation. 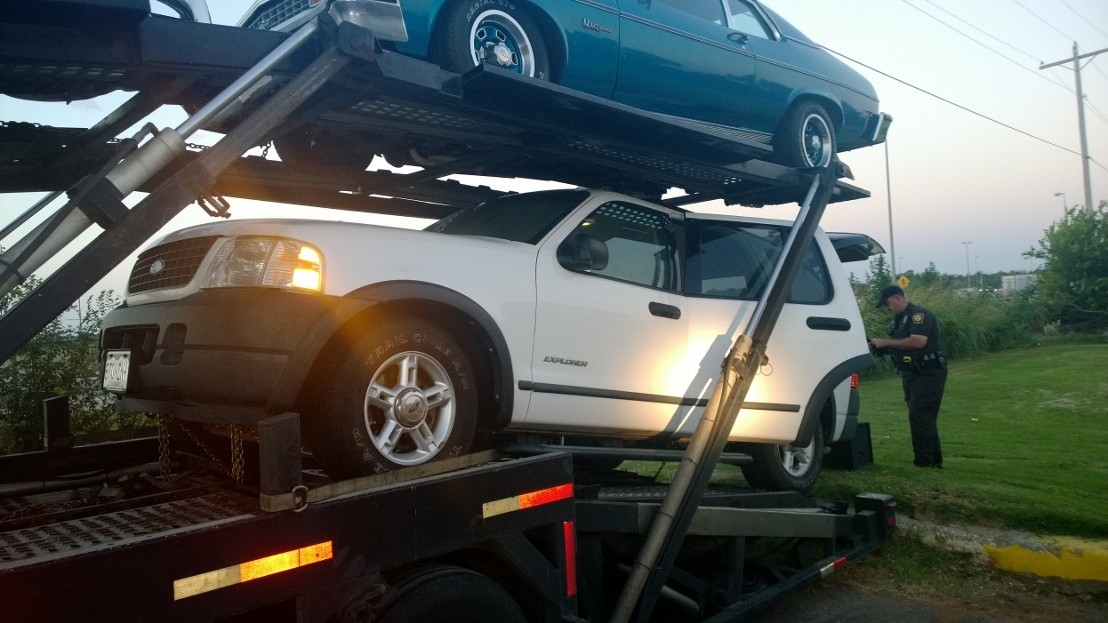