The Combined Task Force is a multinational naval partnership of 29 nations, which promotes security, stability and prosperity across approximately 2.5 million square miles of international waters, encompassing some of the world’s most important shipping lanes.

The CTF 151 staff embarked on the RFA Fort Victoria, of the United Kingdom, and coordinated the maritime interdiction supported by HMAS Melbourne, of the Royal Australian Navy, and ROKS Wang Geon, of the Republic of Korea, from CTF 151, European Union flagship HMLMS Johan de Witt, and a Seychelles based maritime patrol aircraft from Luxembourg.

A Seahawk helicopter from the HMAS Melbourne guided the warship to the pirate skiffs some 500 miles from the Somali coast.

Armed members of Australia's Navy boarded the two skiffs and took the suspected pirates into custody.

Once everyone was off the boats, a helicopter was then used to blow up both boats and the associated pirate equipment.

The CTF set its sights on the suspected pirates after they attacked a super-tanker last week and a Spanish fishing ship three days later. 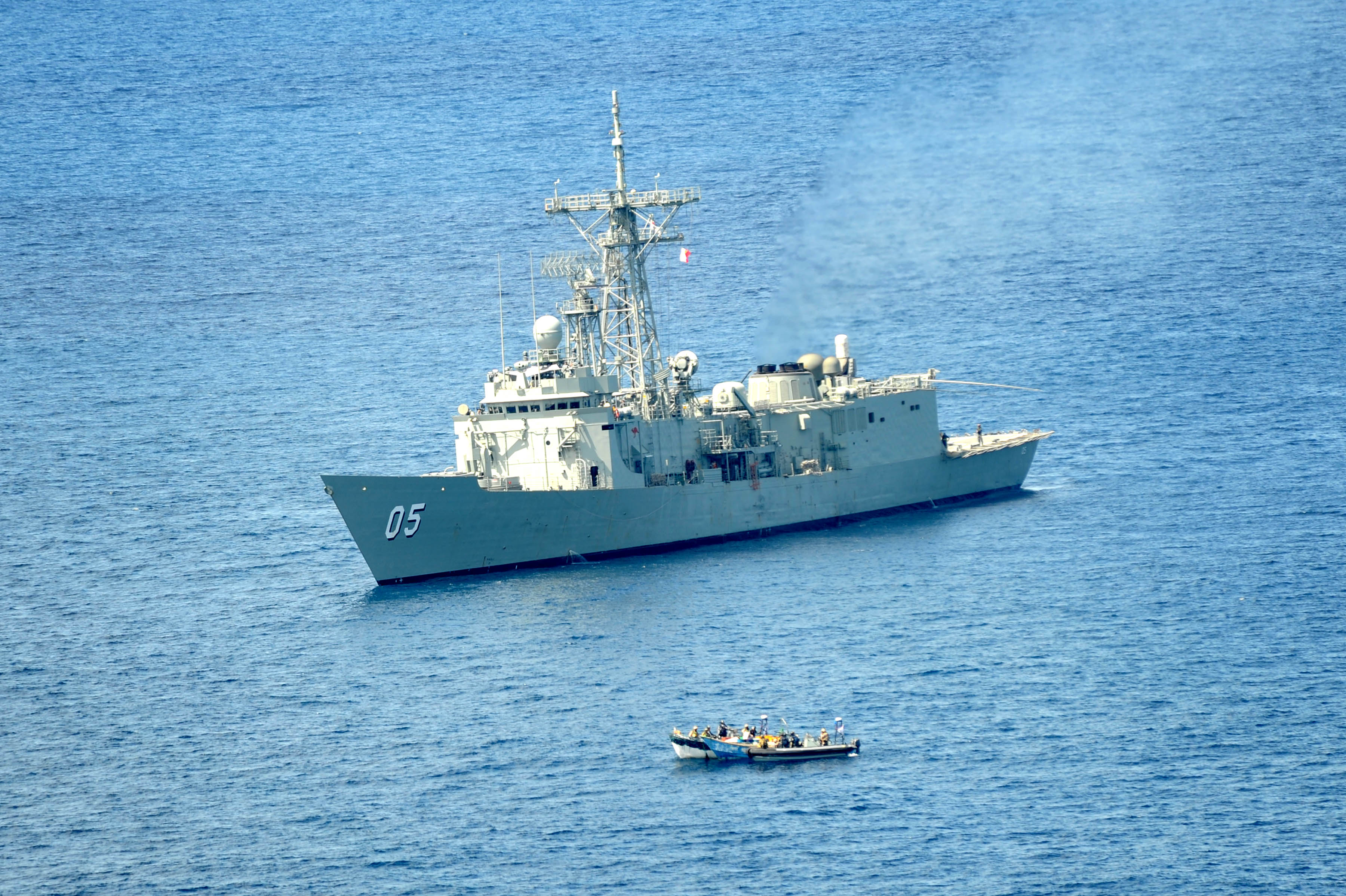