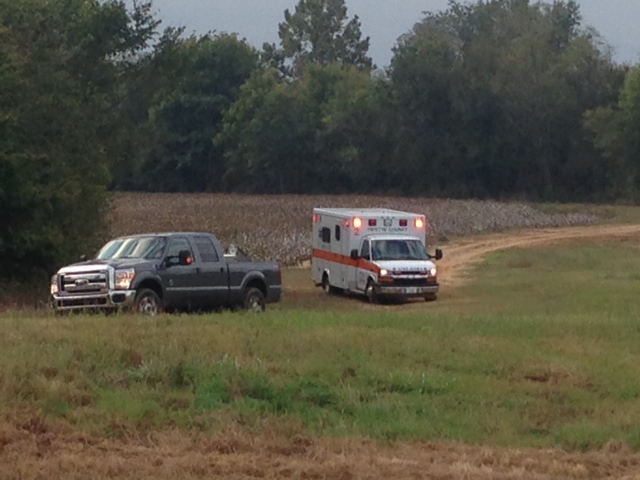 (CNN) — A medical helicopter crashed on its way to pick up an ailing child in southwestern Tennessee Tuesday morning, killing the pilot and two Memphis children’s hospital workers, officials at the hospital said.

The helicopter — carrying a registered nurse and a respiratory therapist from Memphis’ Le Bonheur Children’s Hospital and the pilot — crashed around 6:20 a.m. near Somerville, about halfway between Memphis and the crew’s destination of Bolivar, officials at the hospital told reporters Tuesday morning.

The crew planned to pick up a boy who was in renal failure at a Bolivar hospital and take him to Le Bonheur, but the helicopter never reached the destination, Le Bonheur CEO Meri Armour said.

Aerial video of the crash site from CNN affiliate WMC showed smoke rising from wreckage in a wooded area. The crew members’ names weren’t immediately released, and officials said they didn’t have information about what led to the crash.

“They have taken care of so many kids in their short lives,” Dr. Jay Pershad, medical director of Le Bonheur’s air transport program, said of the crew Tuesday. “I can’t tell you how incredibly difficult it is for the entire team.”

The boy who was supposed to be flown to Memphis was taken by ambulance to Le Bonheur Tuesday morning after officials learned of the helicopter crash, Armour said.

The fatal crash is the second in roughly three years for Hospital Wing, the air ambulance service that operated the helicopter, company CEO Bill Conway said.

In March 2010, three people died when a Hospital Wing helicopter crashed near Brownsville, Tennessee, authorities said at the time.

In that 2010 crash, the helicopter was returning to Brownsville after dropping off a patient in Jackson, officials said.

It’s unclear what led to Tuesday’s crash, Conway said, adding that the Federal Aviation Administration and the National Transportation Safety Board will investigate.

“It saddens me more than you can know. All three of these crew members were personal friends of mine,” he said.