Newport News, Va. - Newport News Police report that an SUV hit an apartment building in the 6300 block of Grossman Place shortly after 11:00 a.m. Monday morning. No one was injured.

Police say the driver was pulling into a parking spot outside when the SUV suddenly accelerated forward and right into an apartment where an Army soldier and his mother live.

The woman was inside at the time but was not injured.

A tow truck took over 30 minutes to remove the SUV from the building, leaving the front bumper lodged in the sofa.

Due to the damage, all four apartments in the building were deemed unsafe.

Newport News Police say the driver is Charles Cook of Hampton. He was issued a summons for reckless driving. 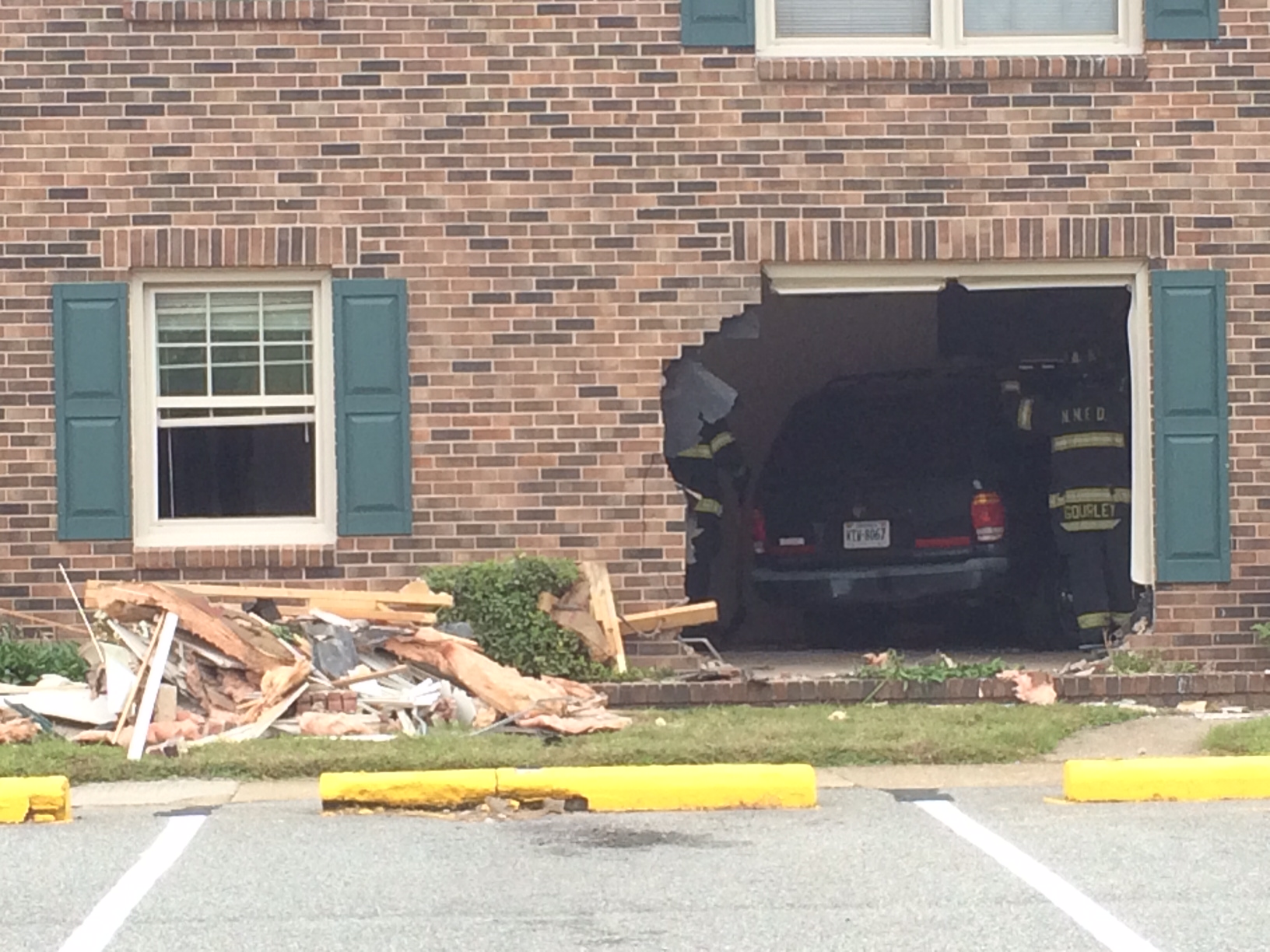