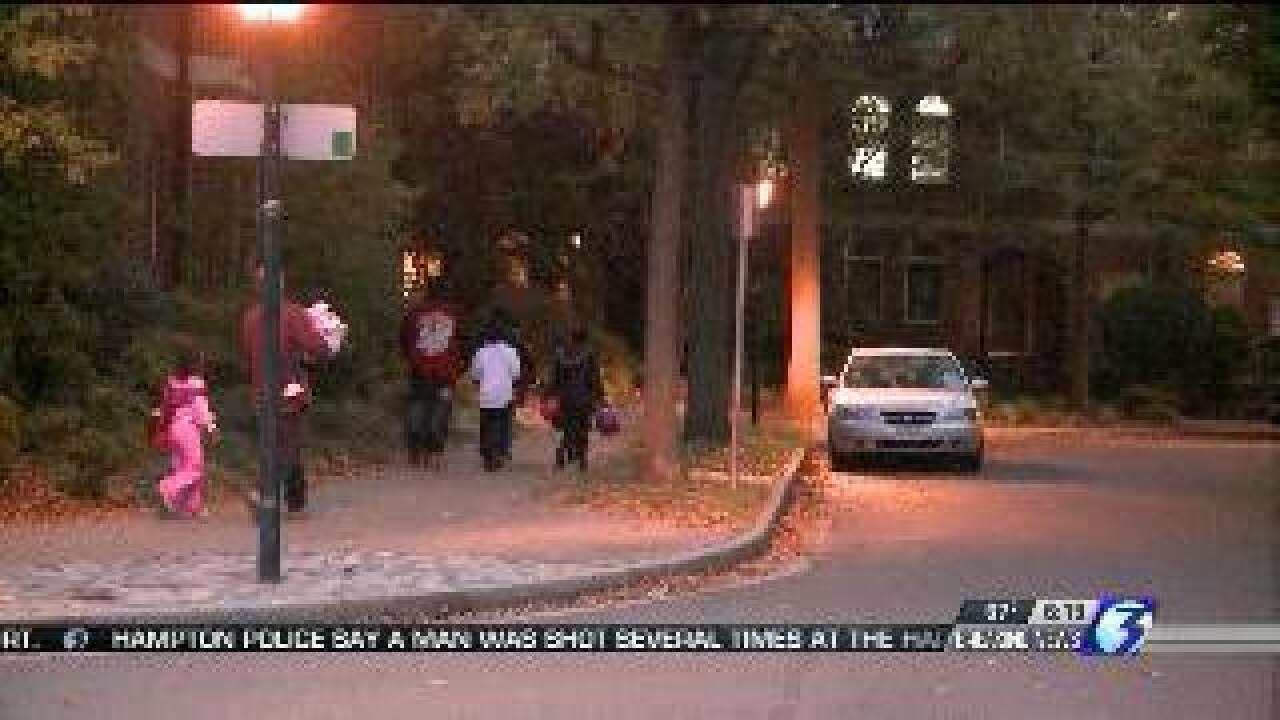 This was the post found in the “Rants and Raves” section of Craigslist.

We hate seeing kids older than twelve going house to house for free candy. Doing so is illegal and this year we will be calling the police on you b**tards. Overage trick or treating is a Class 4 misdemeanor and carries a $250 fine. This will also go on your criminal record if you don't have one already.

And you n**lets, stay the hell out! We're a white neighborhood and we don't want you baboons here!! You little turds better think twice going into my neighborhood or you will be legally punished.

“They are party-poopers,” said Timo Mitchell.

Alerth and Mitchell are just two Larchmont/Edgewater residents who do not share the same views as this anonymous poster.

“When I see that, I don`t know where it comes from, where all the anger comes from. Why are we using these words?” said Alerth.

“I can understand if you have a 16 or 17-year-old show up without a costume, but just a blanket statement to say all kids of different colors can`t come in? I don`t think that is appropriate for this neighborhood, because we are very eclectic here,” said Mitchell.

Norfolk Police say they will respond if anyone calls for over-age trick-or-treaters.

“It would be a Class 4 misdemeanor, and would entail a fine, and it wouldn't be against the child, it would be against guardian, the parent,” said Spokesman Chris Amos.

Still, Amos says every child 12 and under, who trick or treats before 8 p.m., can go wherever in the city they choose.

“You can`t discriminate against someone being in a particular neighborhood, the law doesn't address that,” said Amos.